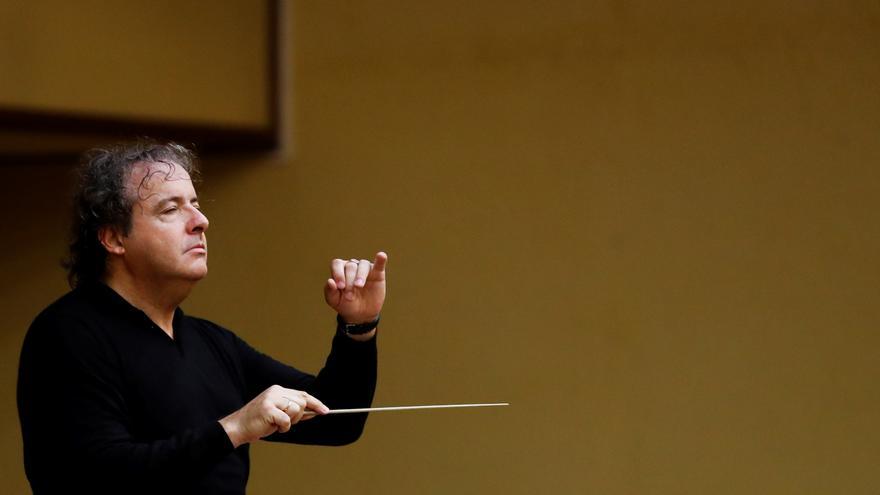 Due to mobility restrictions at the European level and other reasons derived from the pandemic, the Auditori reported this Thursday that it has introduced some changes to the programs for the coming weeks.

Regarding the Symphony Orchestra of Barcelona and the National Orchestra of Catalonia (OBC), the Portuguese conductor Nuno Coelho will replace Kerem Hasan on the weekend of February 12, 13 and 14.

In this way, the young director will return to direct the OBC for the second time this season, in which he already wielded the baton last October.

The program remains the same except for the opening performance of the opera "Der Freischütz" by Carl Maria von Weber, which will replace the initially announced "Blumine" by Gustav Mahler.

Director Juanjo Mena, one of the most international Spanish batons, will once again lead the OBC on March 6 and 7 to replace maestro Leonard Slatkin.

In relation to the Ibercàmera International Orchestras season, the concert that the pianist Martha Argerich and the Lucerne Symphony Orchestra had to offer on February 15 has been replaced by a program with the pianist Maria Joao Pires and the Da Camera Orchestra, which will be held the same day in Room 1 Pau Casals of the Auditori de Barcelona.

Likewise, the ZEN Trio has canceled its concert on March 1 in Hall 2 Oriol Martorell of the Auditori within the Chamber Music program.