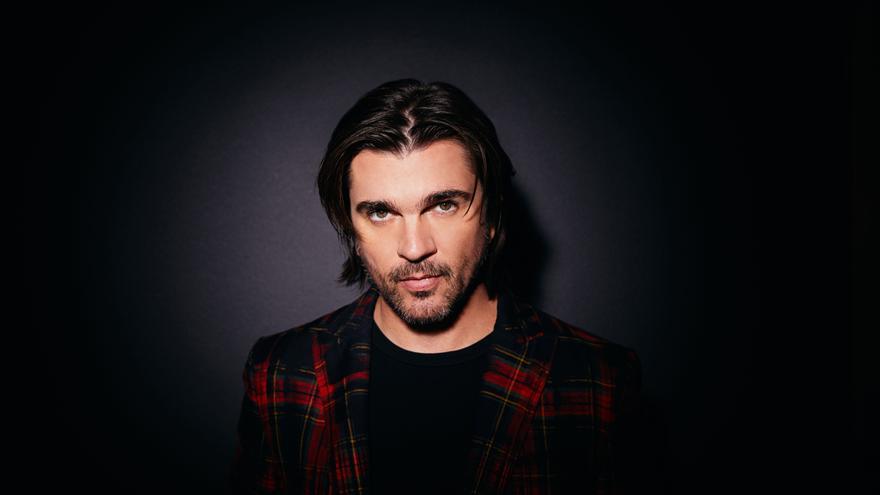 Miami (USA), Sep 9 (EFE) .- The Colombian singer-songwriter Juanes faces with "emotion", some "nervousness" and in "better shape" than ever his first tour in more than two years, which will take him throughout the United States with a proposal that combines his greatest hits and versions of the milestones of his musical and personal "map".

"Now we value what we do much more. Before covid-19 we almost took it for granted," Juanes said in an interview with Efe when talking about his desired return to live performances after the inevitable stoppage caused by the pandemic.

The "Origin" tour will begin on September 16 at the Fillmore Auditorium in Miami Beach and will conclude on October 15 at the Rosemont Theater in Chicago.

There are a total of 20 concerts, one per city except two in Miami and two in Houston, or what is the same, 20 opportunities to be part of a unique experience.

On this tour, the winner of 25 Grammy and Latin Grammy awards will combine his greatest hits with the first live performances of the songs that make up his most recent album, "Origen".

Juanes' tenth studio album, accompanied by an Amazon documentary also called "Origin," has been listed as a "masterpiece" by Rolling Stone magazine.

Paéz, Sabina, Guerra and Ziggy, one of Bob Marley's sons, have collaborated with Juanes on the production.

According to the singer of "God I ask", it was a project that he had been in the pipeline for a long time and that he could not see the light as he would have wanted in 2020 but this year due to the pandemic, and that is going to mark a before and after in his career.

"Nostalgia is always important," he underlines when Efe asks him if this backward view is because he is getting older.

"I'm no longer Juanes, now I'm Juan Esteban", says with humor the best-known current Latin rocker, who in "Origin" has dared to cover the mythical "Volver", by Carlos Gardel, one of his father's favorites. who used to sing it in the family home.

The twelve songs on the album have been chosen with "heart" and "memory", but they are obviously not all that could be.

The singer born 49 years ago in the department of Antioquia (Colombia) affirms that he is "fascinated" to reconnect with what he has been through the versions of the songs he heard in his childhood, adolescence and the beginnings of his artistic career before being soloist and, incidentally, pay tribute to its authors.

"Our origin is where the direction of our life and our place in the universe begin and take shape. For me, the origin is in the love for music instilled by my family, the appreciation for my culture and the discovery of songs and artists that touched my soul from the beginning ", said Juanes when he presented his last album for now.

The next one is already on the way. It will be released in 2022 and, according to Efe, it will have something new in harmony that will give it a different sound. Hence, he says that "Origin" is going to be a before and after in his music.

Juanes stresses that he feels heir and grateful for having had access to Latin American folk music from an early age, which was what was heard at home and with which he learned to play the guitar.

As a child he felt different from the other children who generally did not have those musical roots and now he also feels strange but satisfied for having made an album like "Origin".

The current music scene is characterized by "the democratization of sounds", by "a format that if you are not there, you are not," he responds diplomatically when Efe asks him about the dominant position of reggaeton.

"I still feel strange and I find it fun and special," emphasizes Juanes, who on September 23 will be one of the artists performing at the Billboard Latin Music Awards gala.

"There are so few spots on television to introduce yourself that when there is an opportunity like this I appreciate it," he said.

Juanes was declared by "Time" magazine one of the "100 most influential people in the world" and is the only artist with two songs on Billboard's "Top-5 Latin Pop Songs of All-Time" list.

Known for his own sound that combines a deep love for rock and pop with intelligent, multidimensional songs and a reverential respect for the native and folk rhythms of his native Colombia and Latin America, Juanes has sold millions of records around the world and has been named "Person of the Year of the Latin Recording Academy".