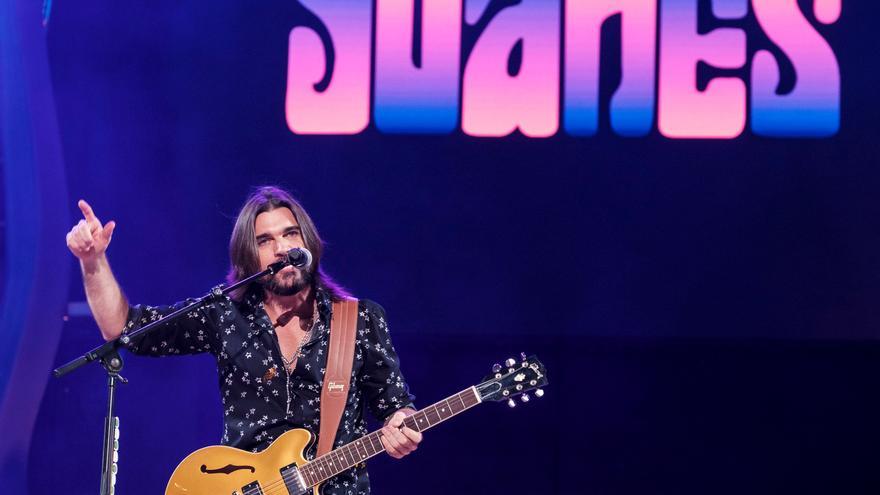 Miami, Feb 17 (EFE). The Colombian singer-songwriter Juanes will be part of the “first” NASA program for Hispanics this Thursday that will broadcast a live landing this Thursday, that of the Perseverance space probe on Mars after leaving Florida about seven months ago.

“Excited to be able to witness in life one of the greatest achievements of humanity and that will also help to bring us closer to the red planet as a species, thus expanding our knowledge and awareness,” the Colombian said in a statement.

He also celebrated “the contributions that so many Latinos have made to the effort” of the US space agency.

Perseverance is ready for a landing “full of dangers” this Thursday in the Jezero crater of Mars, almost seven months after its launch from the Kennedy Space Center (Florida), reports this Wednesday the US space agency NASA.

“NASA is collaborating with prominent figures in the Hispanic community, including Juanes, to help share the excitement of the Mars 2020 Perseverance mission,” said Brittany Brown, its director of digital communications, in a statement.

He has detailed that it is the agency’s first virtual coverage in Spanish of a planetary landing, entitled “Together we persevere” to “reach Spanish-speakers around the world.”

According to the federal agency, the idea is “to show the role that Hispanic professionals at NASA have had in this historic mission.”

The Perseverance rover, which was launched on July 30, 2020, will search for signs of past microbial life, collecting select rock and sediment samples for future shipment to Earth.

It will characterize the geology and climate of Mars and pave the way for future human exploration beyond the Moon.

If the landing is successful, it would be NASA’s fifth space probe on Martian soil since Sojourner (1997), Spirit and Opportunity (2004), and Curiosity (2012).