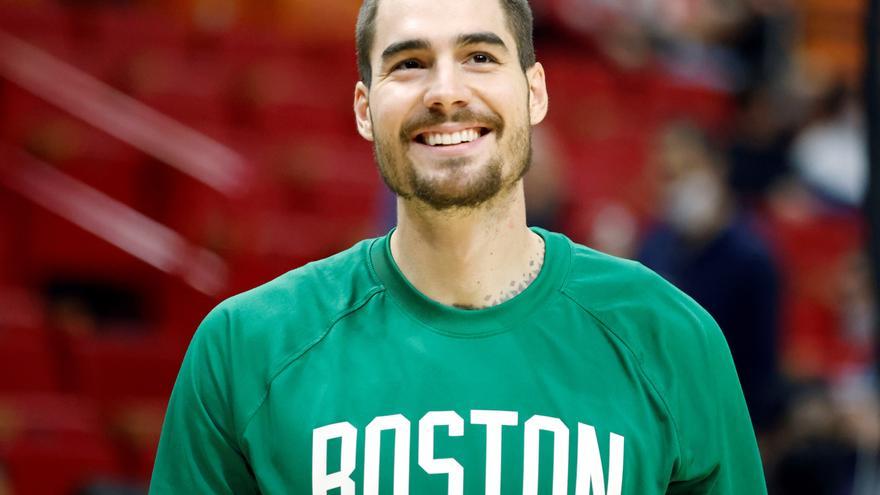 Juancho Hernangomez will leave the boston celtics to play in the San Antonio Spurs as part of a three-team trade that also involves the Denver Nuggets, ESPN said Tuesday.

Adrian Wojnarowski, one of the journalists with the best sources in the NBA, pointed out on ESPN that with this move the Spaniard would go to the legendary coach's San Antonio Spurs Gregg Popovich, Bryn Forbes would trade the Spurs for the Denver Nuggets, and Bol Bol and PJ Dozier (both injured) would leave the Nuggets for the Boston Celtics.

Wojnarowski pointed out that, with the transfer of Hernangómez, the Celtics would be close to avoiding paying the luxury tax on their roster salaries.

Local media such as The Denver Post also confirmed the information provided by ESPN.

Hernangómez, 26, has had very few opportunities this season with the Celtics since landing in Boston last summer.

So far this month, the Spaniard has only played 2 minutes in the game on January 8 against the New York Knicks.

In the historic Boston franchise, he has averaged 1.1 points, 1.4 rebounds and 0.2 assists in 5.3 minutes per game.

While at Wolves, the player signed a three-year contract for a total of $21 million in 2020.

Some recent rumors have placed the Spanish international back in Spain.

The Spurs are now far from the exceptional level that led them to triumph in the NBA (five championships since 1999) with Tim Duncan at the helm and other players like David Robinson at first and then Frenchman Tony Parker and Argentinean Manu Ginóbili.

At this time, those from San Antonio occupy the twelfth position in the Western Conference with 16 wins and 28 losses.