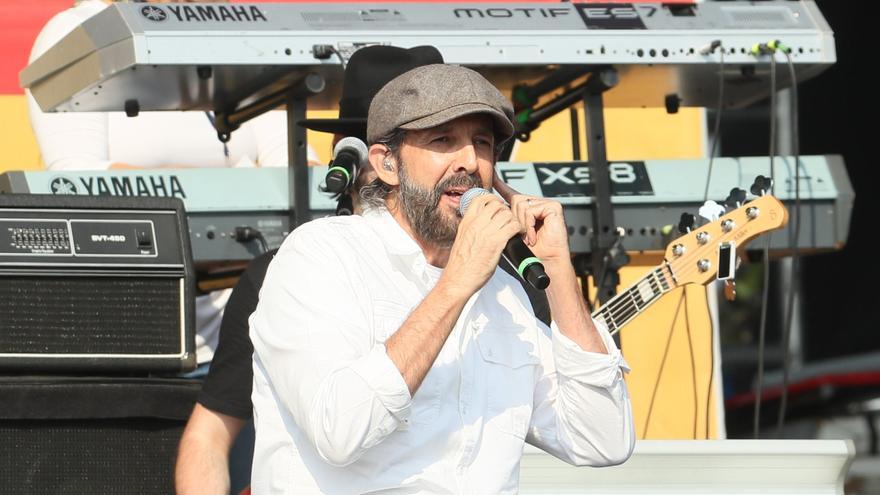 Santo Domingo, Jul 28 (EFE) .- Juan Luis Guerra, Eddie Palmieri and Héctor Acosta ‘El Torito’ are among the artists who have expressed their regret over the death this Wednesday of merengue player Johnny Ventura after suffering a heart attack.

The death of “the King of Merengue” has also caused a reaction from personalities from other areas, such as former Dominican president Leonel Fernández and the country’s first lady, Raquel Arbaje.

“For your music and legacy, for your smile and example, and for dressing up every morning and teaching us all what merengue is !!! Thank you Don Johnny !!”, Guerra wrote on his Twitter account.

The American pianist and composer of Puerto Rican origin Palmieri also used that social network to express his grief over Ventura’s death.

“May my friend Johnny Ventura, the King of Merengue, the” Caballo Mayor “and the pride of the Dominican Republic rest in peace. My condolences to his family,” wrote the musician.

The merenguero and Dominican senator Acosta said on his Twitter account, “God knows what I loved Johnny Ventura. He was a great piece of my life with him. The No. 1 admirer of my talent was him. God be with you daddy Fortune”.

For his part, former governor Fernández said he felt “dismayed” by the death of the artist, whom he called his “admired friend and companion” and described as “the glory of the merengue, an exceptional human being and a tireless defender of the Constitution.”

The Dominican First Lady, Raquel Arbaje, wrote on Twitter: “Today is a very sad day for the merengue and for the Dominican Republic. Johnny Ventura, the El Caballo Mayor, has left us physically, but his legacy and joy will always be with us. My solidarity hug to their loved ones “.

Ventura died at age 81 in a clinic in the Dominican city of Santiago (north) after suffering a heart attack, according to medical sources.

The doctors at the center assured that Ventura was declared dead at 3:12 p.m. on Wednesday (7:12 p.m. GMT) and that the causes of death were sudden death, probable myocardial infarction, hypertensive heart disease and ischemic heart disease.

The award-winning artist stayed on stage for 65 years and recorded 106 albums.