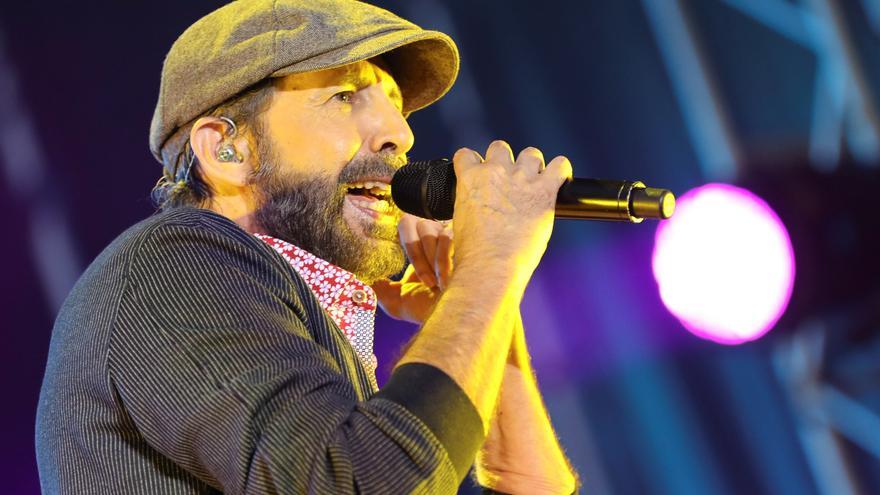 Santo Domingo, Jan 12 (EFE) .- Despite the reality that the music industry is experiencing due to the pandemic, the multi-award winning Dominican singer-songwriter Juan Luis Guerra continues unstoppable, and is currently promoting his new album "Privé", confident "The best is yet to come," he said in an interview with Efe.

"Privé", which came out on December 25, is Guerra's first musical release after his studio album "Literal", which won the Latin Grammy in 2019, and includes new versions of the well-known "Ojalá que llueva café", " The Wasps "and" To ask for your hand ", as well as the unpublished" Pambiche de Novia "and" Where your kisses are born ", two" extremely romantic "songs, explained the singer.

It is "a very intimate and very private album", in which "we dared to do things that we had not done and in a smaller format," said the singer in a telephone interview on the occasion of the publication of his new record work.

"We left the musical context that we normally do, here we show a different part" since "our band is quite big (...) and here we reduced it a bit and made something more private, more intimate," declared Guerra, one one of the top references for merengue and bachata worldwide.

Juan Luis Guerra, who has published more than ten albums throughout his successful career, including "Soplando", "Mudanza y acarreo" and "While more I think about it ... you", does not rule out making a second version of "Privé", as advanced.

And it is that, he confessed, he has not stopped working in the middle of the confinement that the coronavirus has caused, a time that he has also dedicated "to meditating on the word of God."

"I have the happiness of having the studio here (in Santo Domingo), when I want to record I can record, I have my musicians here, we are going to continue recording," he said.

The famous interpreter is aware that because of the pandemic "music has had a drop" since "we have not been able to do concerts formally as we did."

"We have had to change the forms. There are already virtual concerts", but "that will be solved" pointed out the singer, who estimates that, probably, by the end of 2021 some face-to-face activities can be scheduled.

In any case, he pointed out, "you have to find a way to continue making music, and the networks have helped a lot."

"Music is an art to cheer hearts, to transmit messages" and Juan Luis Guerra will continue "to give it the place it deserves" hoping that "things will improve" because "the best is yet to come."

Guerra's previous album was "Literal" (2019) which included hits such as "Kitipún", "Corazón enamorado", "I love you more" and "Lamp pa'mis pies".

In addition to the launch of "Privé", the artist was involved in 2020 in promoting tourism in his country, for which he starred in two videos.

"I am happy that we return to show this beautiful island. I will always give my support" to the Dominican Republic, said Guerra, who throughout his career has won numerous awards, including three Grammys and more than 20 Latin Grammys and has collaborated with artists such as the Spanish Enrique Iglesias and Alejandro Sanz, the Puerto Ricans Marc Anthony and Ricky Martin or the American Tony Bennett.

Audiovisuals, in Spanish and English, are part of the Caribbean nation's strategy aimed at gradually recovering the most important sector of its economy, collapsed last year due to the coronavirus pandemic.

"Actions such as those carried out by Juan Luis today, invite us to dream of a better tomorrow, which will only be possible if we all build it together," said the Dominican president, Luis Abinader, on November 24, after distinguishing the award-winning singer-songwriter as ambassador honorific of the Dominican Republic Country Brand.