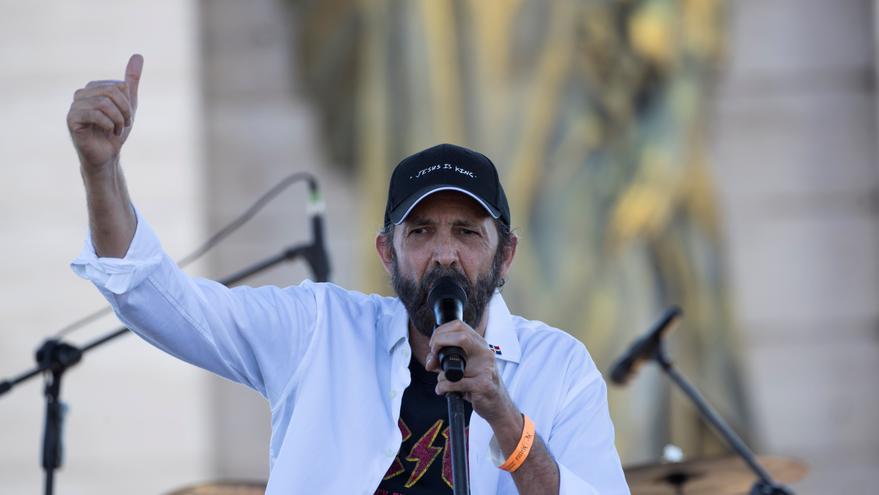 Santo Domingo, Apr 14 (EFE) .- The Dominican artist Juan Luis Guerra has adapted to rock his song “Cantando Bachata”, a song that will be available from April 16 on all digital platforms and whose original version is included in the 2016 album “Literal”.

Guerra, known worldwide for representing merengue and bachata for the last 30 years, shows in this work “a refreshed vision” and adapted to the rhythm of rock, “with hints of Caribbean fusions,” according to the singer’s spokesman in a statement. press.

“Cantando Bachata – Version Rock” tells the skills of a Dominican migrant who moves from the beaches of Punta Cana to the streets of the Bronx in New York.

“The song ‘Cantando Bachata’ has a curious history. It was originally born in rock format. We had lovingly saved it because we understood that it was not its time, turning it into bachata for our album ‘Literal’ and we liked it in its tropical format,” he said. the artist.

Now, “we want to share this version with our family of fans and we hope they enjoy hearing it as much as we enjoy doing it,” added the singer.

Juan Luis Guerra, 63, is considered the most international Dominican artist and during his almost four decades in music he has won, among others, three Grammys and more than 20 Latin Grammys.