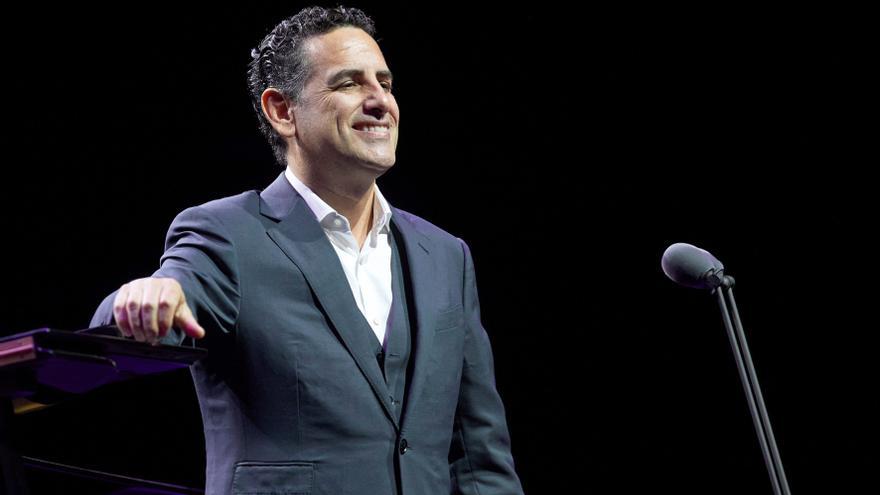 Palafrugell (Girona), Aug 1 (EFE) .- The tenor Juan Diego Flórez, who has performed at the Cap Roig festival, has stated after his debut in that musical event that he feels “very happy” for the return to the activity of the lyric after the hiatus due to the pandemic and he has welcomed that return both for him and for his colleagues.

Flórez explained in an interview with EFE that “this summer is going very well”, he recalled that he arrived in Spain after several concerts and that he will have “many others”, especially outdoors, as in this case, a circumstance that facilitates compliance with health protocols.

In any case, the Peruvian has indicated that he feels “very good” and has highlighted the possibility of acting in such scenarios such as Cap Roig, located next to the Mediterranean Sea and which he has described as “a beautiful place”.

“I am very happy because I am back to work and several of my colleagues too, it is a relief,” he said, while highlighting the commitment of festivals like this one, organized by Clipper’s Live with the encouragement of CaixaBank, for including lyrics in your programming.

Juan Diego Flórez finds the support for this type of musical proposal “very good”, mainly based on pop, although with an eclectic spirit.

About to turn twenty-five years old since his debut in Italy when he was twenty-three, Flórez reviews his career and highlights that having dedicated himself to music is “something fantastic” that can be considered a job, although for him it is not, because what he has done is dedicate himself to what he “always” liked and dreamed of doing.

On his genre and the future, the tenor has detailed that “the lyric has always had an audience, the theaters and auditoriums are always full in the main cities, there is always a replacement of young people” and I trust that it will continue to be that way.

“It has been for decades and decades, it is always an art form for few people, it is not for the masses like popular music or pop, but there are always young people who approach like me. I did not grow up with classical music, I discovered it at sixteen and it just hooked me, “he said.

In addition, Juan Diego Flórez has pointed out that the opera is “with a very loyal audience, very fanatical, very much about traveling, going to places, following a singer.”

After the recent performances in Ravello (Italy) and Cap Roig, Flórez has others scheduled this month in Pesaro (Italy), Switzerland, Austria and, in September, he will return to Spain, in this case to his capital.