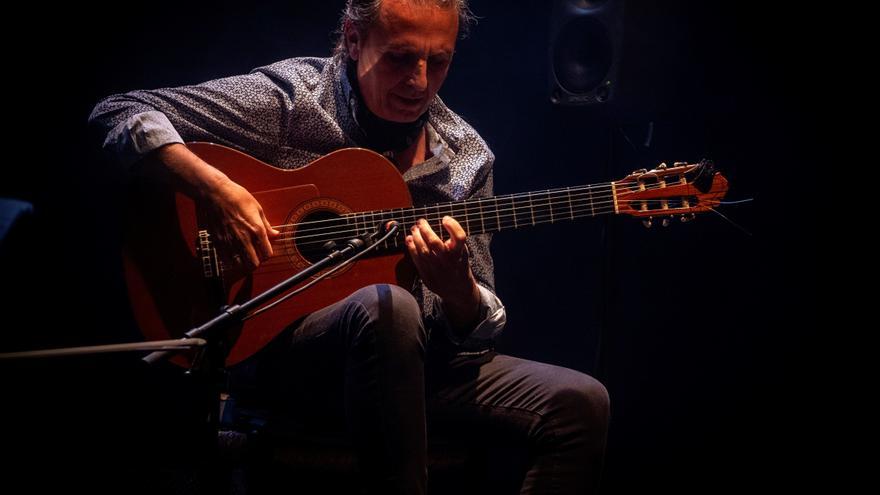 Huelva, Jun 6 (EFE) .- The performances of the guitarist Juan Carlos Romero and the cantaora Carmen Linares today put the final touch on the VI Ciudad de Huelva Flamenco Festival, which since last June 1 has brought together some of the the most important figures on the national scene.

The hand-in-hand between these two flamenco greats took place at the Gran Teatro, whose stage has witnessed their last two shows that have not left the public indifferent.

The first to take the stage was Juan Carlos Romero, who arrived with his show 'Entre Manos', accompanied by violinist Alexis Lefevre, José Carlos Roca on cello and Los Mellis from Huelva, on clapping and compass.

A concert that has had flamenco as a link between two worlds, classical and tribal, something that has given the different pieces of its discography that have interpreted a unique sound.

Romero has given the witness to Carmen Linares who has presented in Huelva a show that has confirmed her as a flamenco legend: '40 years of Flamenco ', in which she has offered the public a journey through Andalusian music, folklore and music. poetry.

And this, with a program in which he has highlighted his anthology of cantes de mujer, the song book by Federico García Lorca and tributes to Paco de Lucía, Mercedes Sosa and Enrique Morente.

These two performances have meant the closing of a new edition of a festival that has returned this year after the obligatory stop in 2020 as a result of the pandemic, bringing its date forward from autumn to spring with the intention of achieving a greater projection of the event.

A sixth edition that has cited figures such as Dorantes, Jeromo Segura, Lole Montoya, Jesús Carmona or Juan Requena in the Huelva capital; as well as top-level artists from the land and, also with the leading role of the peñas, which are the quarry of flamenco.