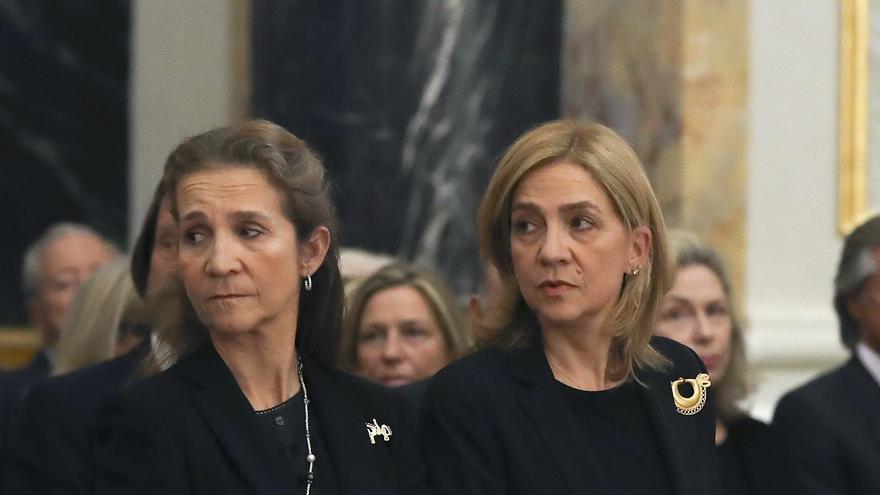 Infantas Elena and Cristina de Borbón will not have to wait their turn to get vaccinated in Spain. According informs El Confidencial, the daughters of King Juan Carlos were immunized in mid-February in the United Arab Emirates, where they visited their father, who would also have been vaccinated together with the former director of the National Intelligence Center (CNI), Félix Sanz Roldán.

In Spain, Elena, 57, and Cristina, 55, would still have had to wait several weeks to receive vaccines, as they were not included in any of the risk groups or working in any essential profession.

Nor did Sanz Roldán, 76, still have to receive the vaccine, since at the moment in Spain people over 80 are being vaccinated.

That trip of the infantas to Abu Dhabi raised several rumors about the health of the king emeritus. Rumors that were denied by the publication of Juan Carlos accompanied by Mohamed bin Zayed, crown prince of the United Arab Emirates and one of the most influential men in the Middle East.

According to El Confidencial, the infantas Elena and Cristina flew on the weekend of February 6-7. The following weekend, February 13-14, they returned to Spain already immunized. For his part, Sanz Roldán would have inoculated the vaccine at Christmas, when he traveled to the Emirates to celebrate the birthday of King Juan Carlos, on January 5.