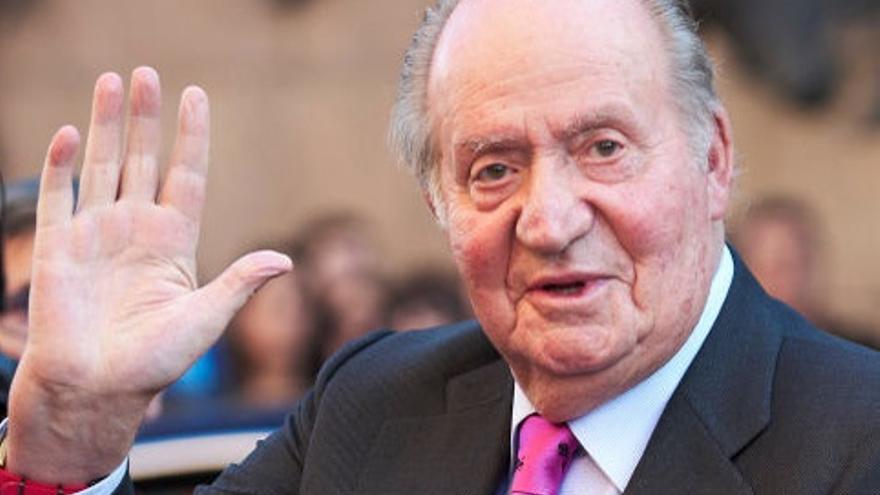 In the mid-afternoon of August 3, 2020, the Royal Household announced through a statement that Juan Carlos I had decided to leave Spain before the “public repercussion” that they were generating “certain past events” of his “private life”. What the Zarzuela tried to dispatch just a year ago as a personal matter – it did not report until two weeks after that its destination was United Arab Emirates– It is actually a major scandal about the origin of part of the fortune of the former head of the State that has crystallized in up to three investigations for alleged tax fraud and money laundering by the Supreme Prosecutor’s Office, a court before which it is measured after losing the shield of inviolability with his abdication in 2014.

Fiscal sources consulted by elDiario.es confirm that these investigations continue their course until the Public Ministry agrees to file a complaint against the emeritus or, where appropriate, files them if it understands that their action is not criminal. Last March, in an appearance in the Congress of Deputies and in the face of criticism from some parliamentary groups for their delay in giving results, the State Attorney General, Dolores Delgado, attributed the slowness of the investigations to the “International cooperation” —There were several pending letters rogatory sent to different countries and that delayed their progress — and he emphasized that these inquiries had allowed an “important” and “unimaginable” amount of money to be raised for the public coffers.

Delgado was referring to 678,393.72 euros that Juan Carlos I paid in December 2020 to prevent a criminal investigation into his opaque cards and € 4.4 million deposited in February 2021 with which he intended to regularize the pleasure trips that he paid for years a foundation under suspicion. These voluntary regularizations of five million, carried out after learning that he was being investigated, imply the recognition by the emeritus that he evaded taxes to the Spanish treasury and the attempt to avoid criminal investigations that could seriously compromise his judicial future.

However, the payment of 4.4 million euros motivated another investigation of the Treasury on the origin of those funds. As recently revealed The countryBy virtue of these investigations, the Tax Agency tracks cash income and payments from the account in a Spanish bank in which the emeritus received his public salary of 198,845 euros since his abdication in 2014. Tax inspectors and technicians criticized at that time that the emeritus would have been able to regularize the expenses of the Zagatka Foundation before an inspection was reported or opened.

In the area of ​​the Prosecutor’s Office, the most recent of the investigations opened, from November 2020, is the one that focuses on the existence of a ‘trust’ [un grupo de empresas unidas para monopolizar el mercado y controlar los precios] that moved 10 million euros to an account on the island of Jersey in which Juan Carlos I is listed as the beneficiary. These proceedings have their origin in an “intelligence report” of the Money Laundering Prevention Service (Sepblac), the highest Spanish authority in the fight against black money laundering and the one that gives the alert on suspicious movements of capital.

This was not the first time that in Sepblac, a department that depends on the Ministry of Economy, the alarms went off in relation to the emeritus. Another notice from this unit is at the origin of another investigation, revealed by elDiario.es, on the expenses that Juan Carlos I and other relatives – among them, Queen Sofía and some of her grandchildren – made in 2016, 2017 and 2018 with opaque cards that were fed from funds not declared to the Treasury. These are expenses after his abdication and that he lost the constitutional protection that made him unimpeachable for all the possible crimes committed during the almost forty years that he was on the throne.

Part of the funds for these cards come from an old friend of Juan Carlos I, the Mexican millionaire Allen de Jesús Sanginés-Krause, the main shareholder of several real estate funds. For its use, the emeritus counted on the help of Lieutenant Colonel of the Air Force Nicolás Murga Mendoza, who was his aide-de-camp until he went to the reserve. Murga Mendoza is, according to the investigation, the front man for the money that Sanginés-Krause allegedly made available to the royal family to cover part of his personal expenses.

In this case, a possible tax crime is being investigated, which requires a fraud of more than 120,000 euros per year defrauded, which is the limit from which this crime is committed. What the Public Ministry is investigating is whether in each of the analyzed exercises -2016, 2017 and 2018- the king and his relatives spent more than 275,000 euros (not having declared that amount would imply having defrauded 120,000 euros in taxes) with a charge to accounts that were not in his name. Precisely to avoid a criminal investigation for this fraud, the emeritus paid the aforementioned 678,393.72 as a “tax debt” for the undeclared amounts it received from Sanginés-Krause.

The first investigation opened by the Anti-Corruption Prosecutor’s Office more than a year ago, and then passed to the Supreme Court, investigates the 65 million euros that Juan Carlos I of Saudi Arabia received in 2008 and that, in 2012, he transferred to his then lover, Corinna Larsen. This transfer is being investigated by the Spanish and Swiss prosecutors, considering that it could be a commission in exchange for the monarch to mediate so that the Spanish companies that built the AVE to Mecca would accept a substantial reduction in the price of the works.

Juan Carlos I opened an account in the Mirabaud private bank in the name of the Panamanian instrumental company Lucum Foundation to camouflage that donation, which in 2012 he transferred to an account of Corinna Larsen, “a gift” after five years of extramarital relationship with the monarch, according to the lawyers of the German businesswoman. Information has been published, without having been denied, suggesting that Juan Carlos I withdrew up to 100,000 euros a month from that account for years. As published The confidential, the monarch would have used the money to defray undeclared expenses of the entire royal family at least between 2008 and 2012.

Although in Spain this research seems be doomed to the archive when dealing with alleged crimes prior to his abdication the inquiries are still open. In fact, the prosecutors who carry them out under the direction of number two of the State Attorney General’s Office, Juan Ignacio Campos, met last June with the Swiss prosecutor Yves Bertossa, who initiated the first investigation into property in that country. opaque of Juan Carlos I, as revealed The country. Both teams shared data about the investigations. Bertossa began that investigation in the summer of 2018 after the publication of some audios in which Larsen attributed the use of figureheads to the emeritus to hide an alleged fortune in that country. The conversation had taken place in London in 2015 with the retired commissioner José Villarejo, accused of multiple crimes, and the former president of Telefónica Juan Villalonga.

The judicial horizon of Juan Carlos I can also be complicated in the United Kingdom, where the German businesswoman Corinna Larsen has recently denounced him before the British courts for threats. In the letter from his lawyers, according to the Financial Times, Larsen requests a restraining order from the former head of state and from any agent of the Spanish intelligence service, the CNI, so that they cannot get closer than 150 meters from their residences.