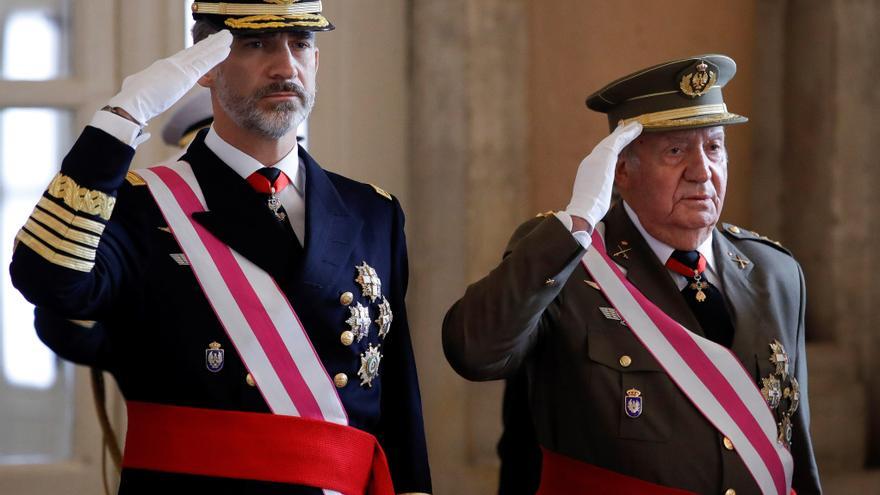 Out of the throne for more than six years, Juan Carlos I is far from being an ordinary citizen. The former head of state, whose fate after leaving Spain Due to the controversies over his patrimony, it remains unknown more than a week later, he holds the honorary title of king for life, he is still part of the royal family and he has not renounced his dynastic rights over the Crown. as his father did with him in 1977.

According to the law of the military career in force since 2007, the emeritus should have gone directly with his abdication in 2014 directly to retirement, which is equivalent to retirement. But the Government of Mariano Rajoy then chose to apply the rule that governed in 2003, when the monarch turned 65 and should have retired.

That law, now repealed, established that upon reaching the retirement age the general officers would pass “to the status of second reserve.” With that formula, the Executive said he wanted to prevent Juan Carlos I from being discriminated against with respect to his fellow promotion.

From a military point of view, going to the reserve situation allows one to be activated and occupy a post — something that is not contemplated in the retired situation — in addition to continuing to receive the treatment corresponding to the position he holds in the Armies. In any case, it has never been contemplated that Juan Carlos I could be mobilized, although this status allows him not to be considered a “retiree” for military purposes.

In both cases it is allowed to wear the uniform and participate in military acts, although Juan Carlos I has not carried out institutional activities for more than a year, when he communicated to his son his desire to retire from public life coinciding with the fifth anniversary of his abdication from the Crown of Spain after the Nóos scandal.

Consulted by elDiario.es, Jorge Bravo, president of the Unified Association of Spanish Military (AUME), majority in the Armed Forces, declines to pronounce on whether or not it is appropriate for the emeritus king to maintain that status of captain general in the reserve given the suspicions that exist about the irregular origin of part of his fortune. However, he points out that in the event that there was a “popular and parliamentary clamor” aimed at changing it, his organization would have no problem in this regard.