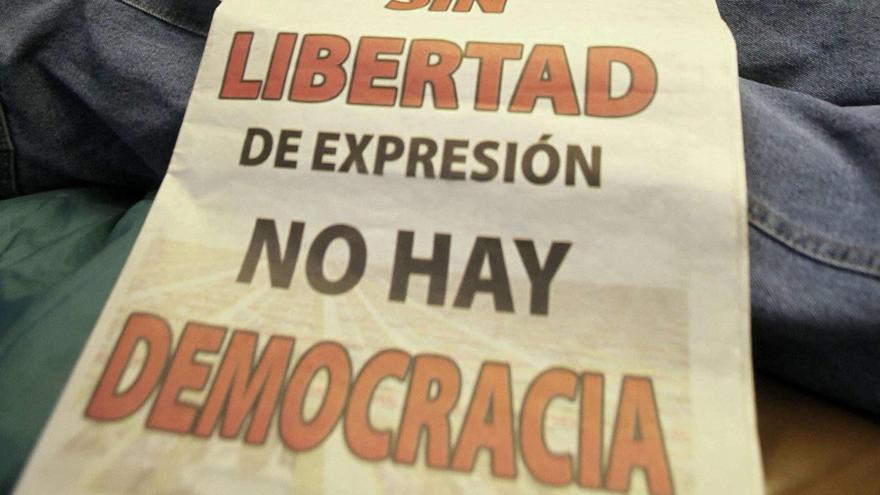 Panama City, Apr 30 (EFE) .- Panama’s journalists’ unions condemned this Friday the “direct threat” against local informants and the freedom of expression expressed by the Panamanian lawyer Ronier Ortiz, a member of the defense team of the former president. Ricardo Martinelli (2009-2014).

The National College of Journalism (CNP), the Forum of Journalists and the Panamanian Radio Broadcasting Association indicated in a public statement that “particularly” Ronier Ortiz made the statements, “referring to the digital medium Foco and the coverage they have been taking on his client and news events around him. ”

“For this reason, Fernando (Correa, presenter), is that you see in Mexico the list of those journalists, who like to be getting into things that do not interest them, how it grows every day, how they are killed, because at the end of the road , there are people who have no tolerance, “said Ortiz, quoting the statement.

Alejandra Araúz, president-elect of the Forum of Journalists, told Efe that it is “very worrying that in an open way, on open television (signal), you make direct threats to journalists.”

“That is very worrying (…) to compare that here is going to happen as in Mexico, that is very, very alarming, and definitely that could not go unnoticed,” said Araúz.

The journalistic unions pointed out that the words of the lawyer Ortiz “when referring to our Mexican colleagues: ‘they like to be getting into things that do not interest them’, clearly justify their murder, and reveal a no longer so hidden direct threat against local journalists and exercise of freedom of expression and information in Panama “.

The three associations recalled that “in Mexico every year hundreds of people die, including journalists, the majority victims of drug cartels and organized crime. These issues are of interest to the entire country, including the 144 journalists who have been sacrificed. with impunity in the exercise of their duty “.

“Reporters Without Borders has classified Mexico as the most dangerous country without a war in the world to practice journalism, and even so, our colleagues in that country expose their lives daily with the noble purpose of informing Mexican society,” affirmed the unions Panamanians in their pronouncement.

In this sense, they stated that “these expressions, coming from a lawyer who is, at the same time, auxiliary to justice, are not only improper, but intolerable.”

“Consequently, our organizations strongly condemn these expressions, which constitute an affront and direct threats to the exercise of journalism in Panama, Mexico or any other country. We will be vigilant about the potential consequences of their words,” emphasize the three groups.