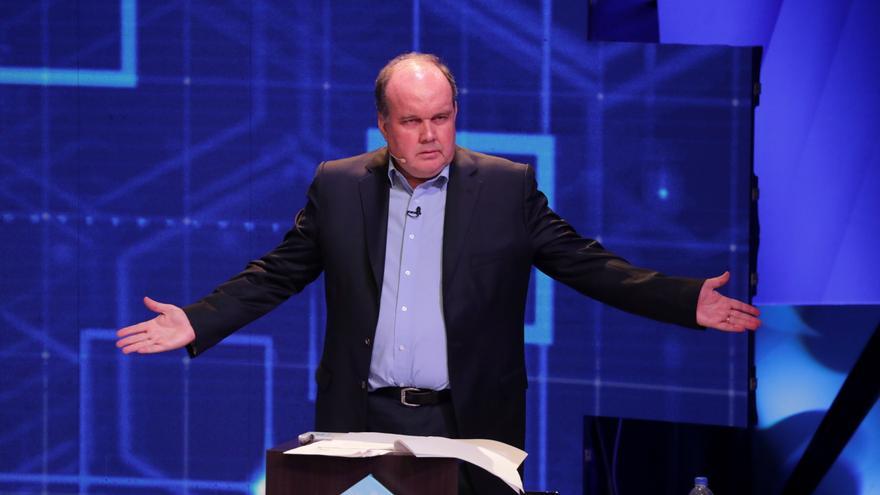 Lima, Jul 18 (EFE) .- The Peruvian Prosecutor’s Office opened a preliminary investigation for 30 days against the former ultra-right presidential candidate Rafael López Aliaga and three journalists from the Willax television channel for inciting to ignore the results of the elections of June 6, that according to the full scrutiny the leftist Pedro Castillo won.

Specifically, the Public Ministry accuses López Aliaga, of the ultraconservative party Renovación Popular, the Willax presenters Philip Butters and Beto Ortiz, as well as the general manager of the same channel, Enrique Luna Victoria, for allegedly having committed the crimes of conspiracy to sedition and serious disturbance of public tranquility, to the detriment of the State.

In the text on the provision to open a preliminary investigation, prosecutor Juana Gladys maintains that Willax would have spread “news with conspiratorial connotations, inciting the electoral results to be unknown, trying to weaken electoral institutions and even calling for a coup”.

He adds that the defendants would be using as a platform the party of López Aliaga, Renovación Popular, and the television channel Willax as “mass media to convey messages of hatred and instigation to kill” to members of the Peru Libre party, for which he ran. the presidency the virtual president-elect, Pedro Castillo.

The prosecutor mentions, for example, a proselytizing activity in which the leader of Renovación Popular exclaimed “death to Castillo”, “death to Cerrón” (the founder of the leftist group) and “death to communism and its representatives.”

He also cites several statements by the presenter Beto Ortiz, who in his program would have made “constant calls for acts of violence and the dissemination of false information.”

On one occasion, he affirmed that the president of the National Elections Jury (JNE), Peru’s supreme electoral body, was a “red judge” and “terrorist” and, on another occasion, “he hinted that there was the possibility of eventual electoral fraud. , with which it would be damaging the credibility “of the electoral entities.

Regarding Philip Butters, the prosecutor comments on an episode in which the presenter would be publicly inciting the public to remove the temporary president Francisco Sagasti and take control of the government, “whose action of conspiratorial idea would be being shared and publicly propagated by López Aliaga and his supporters. ”

In that sense, the magistrate points out that there would be “some kind of coordination” between the complainants “to ignore the legitimacy of a possible elected government or to prevent the next president from taking command.”

The opening of this preliminary investigation comes in the final stretch of the polarized Peruvian electoral process, which in the second electoral round pitted the leftist Pedro Castillo with the rightist Keiko Fujimori.

More than a month after the tight ballot, the country is still waiting for the electoral court to resolve the latest challenges presented by the legal team of the Fujimori party Fuerza Popular and officially proclaim the winner who, according to the full vote count, was Castillo, with 50, 12% of preferences.

The delay in the proclamation is precisely due to the legal maneuvers of Fujimori, who from the day after the elections alleges, without presenting reliable evidence, that he was the victim of a “systematic fraud” and requested the annulment of the acts with some 200,000 votes of rural areas, where his rival won an overwhelming vote.

The claims of the Fujimori party were rejected in the first instance by the regional electoral juries and then passed to the JNE, which ultimately this week completed the process of publishing the resolutions declaring the appeals inadmissible.

Likewise, no electoral observation body, including the Organization of American States (OAS), has found signs of “fraud”, and the European Union, the United States, the United Kingdom, and Canada have expressed their confidence in the Peruvian electoral system and in that the elections were free and fair.