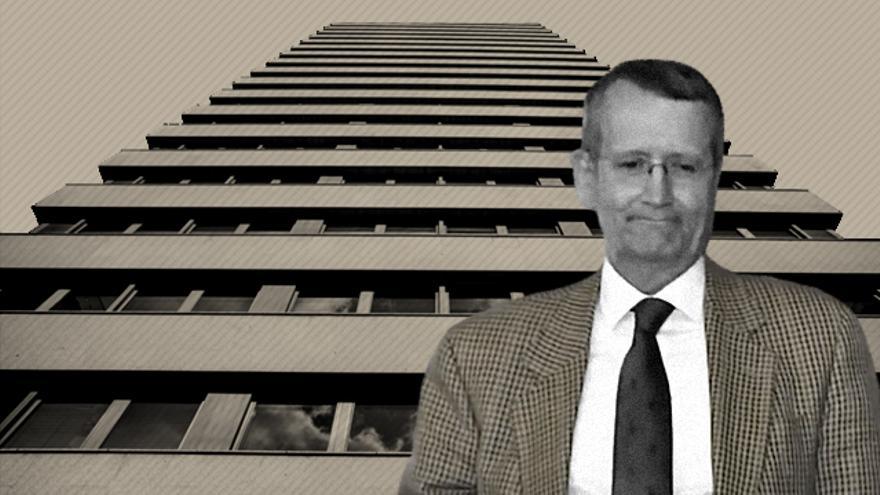 “Creation of an atmosphere of terror”, media “bought” by the Government, violation of fundamental rights without legal protection and some results in the management of the pandemic that he defines as “possibly the worst in the world.”

This is how Torre Rioja, a real estate agency belonging to Madrid billionaire Ángel Soria, describes in its latest annual accounts the measures adopted by the Spanish Government in 2020 to stop the health crisis, which, according to it, have had a significant impact on this rental company of offices and hotels, and one of the last that has benefited from the tax advantages of the Socimi (listed companies for real estate investment).

After being dispatched against the Executive, Soria, a businessman with an underground profile who happens to be one of the large owners of offices and plots in Madrid, has just approved the transfer to Spain of Matra Investments, an instrumental company with origins in Curaçao with which from Luxembourg it has controlled Torre Rioja for years.

According to official documentation, on September 28 Soria approved the move to Spain of that company, which had assets of 271 million and after its transfer it will be called Torre Matra Invest SL. It will be domiciled not in Madrid, where Torre Rioja has historically had almost all its activity, but at number 101 of Paseo de Gracia in Barcelona, ​​one of the most important arteries of the Catalan capital.

The operation has been approved after this Luxembourg firm 100% owned by Soria and now transferred to Spain carried out on December 31. a capital increase of 69 million euros by means of the contribution of shares of the head company of Soria, the Spanish RA, SL.

Matra Investments, a company without employees, was migrated at the end of 2009 to Luxembourg from Curaçao, where it was created on December 29, 2000. The firm multiplied its size at the end of 2018, by absorbing Hemmingstreet Corporation SA. The latter had originally been created in 1992 also in that tax haven in the Netherlands Antilles. Its transfer to Spain was carried out after Torre Rioja approved its conversion into a Socimi at a meeting held as soon as the confinement was decreed, on March 26, 2020.

Soria, who will turn 67 in December, is one of the great Spanish fortunes, despite being unknown to the general public. The latest ranking of rich Spaniards in El Mundo attributed a net worth of 335 million euros, ranked 154 of the wealthiest people in the country.

His real estate, Torre Rioja, closed the 2020 financial year (concluded in November) with properties with an approximate appraisal value of 610 million. The group in which it consolidates, Ra SL, ended the year with assets of more than 566 million.

According to its latest accounts, available through Insight View, Torre Rioja declared losses of 20.6 million in 2020, compared to the profit of 8.7 million a year earlier. On March 29, 2020 “the corresponding receipt was presented to the Tax Agency” for the conversion into a Socimi “with retroactive effects from the tax period of December 1, 2019” to benefit from the tax exemptions of these companies.

In its accounts, the company figures the fall in its rental income at 8.17% and, in an unusual tone in the documents that are deposited in the Mercantile Registry, it attacks the measures adopted by the Government to stop the pandemic. If in public Soria is discreet, in the accounts of his company he expands.

Both RA SL and Torre Rioja, which has declined to comment, indicate in their accounts that the COVID containment measures adopted by the Government resulted in “closures of numerous activities, limitations and / or prohibitions of movement of people, limitation of opening hours, creating an atmosphere of terror through the public and private media (purchased with direct and indirect aid) with serious social consequences, paralysis of the Administration, Education and part of the Healthcare “.

In short, “a set of measures that violated fundamental rights without the status of alarm allowing it.” “Likewise, the political and judicial controls of the measures taken by the Government were reduced.” “Other countries, such as Taiwan or Korea, maintained their economic and social activity quite normally, having much better economic and health results than those of Spain (possibly the worst in the world).”

Last year was “clearly conditioned by the pandemic.” “Spain has suffered a slowdown when it comes to leasing office space”. Available stock increased 22.4% as a result of teleworking and economic uncertainty. In 2019 “the number of offices available for rent throughout the national territory was 22,300, while at the end of 2020, this figure stood at 27,290”. In Madrid, the offer at the end of 2020 was “8,800 offices for rent, which is 27% more than the previous year.” The group says that the occupancy of its properties at the end of the year was 85%.

“As a consequence of the fall in income last year and the continuation of the situation, as of February 26, 2021, within an environment of impoverishment of Spanish society, there will foreseeably a decrease in the value of real estate,” he warns.

The company concentrates its portfolio of buildings in the axis of the Castellana and the east of the capital. It also has hotels, a property in Budapest and hundreds of parking spaces. It has a subsidiary in Andorra and controls 3% of the Tubacex industrial group. Soria presides over a sicav, Menara Capital, with a net worth of 3.8 million. Faced with the fall in the real estate business, the businessman has chosen to diversify. In December 2020, through Torre Rioja, it bought 9% of Creand Wealth Management, formerly Banco Alcalá, of the Crèdit Andorra Group, for 6.12 million.

Soria inherited his real estate, created in 1971, from his father, José Soria Velasco, who died in 2002 and who four decades ago was already one of the 100 richest people in Spain, ahead of Rafael del Pino, founder of Ferrovial: appeared in position 78, with a fortune of 1,590 million pesetas at the time, which taking into account the CPI accumulated since then is equivalent to about 670 million euros. It was on the list of the country’s greatest fortunes that, in a display of transparency unthinkable these days, the Ministry of Finance published at the end of the 70s. headed by the late José María Ruiz-Mateos.

In one of the few interviews that the current owner of Torre Rioja has granted (to the newspaper Expansión, in 2018), Ángel Soria defined himself as follows: “I am an economist but I have always been on the job. I always say that I am not a financier but a bricklayer with a tie.” He also boasted of never having distributed a dividend with Torre Rioja, a policy that will have to change to enjoy the tax benefits of the Socimi. These firms are exempt from Corporation Tax if once they go public they distribute 100% of their profit to their partners.