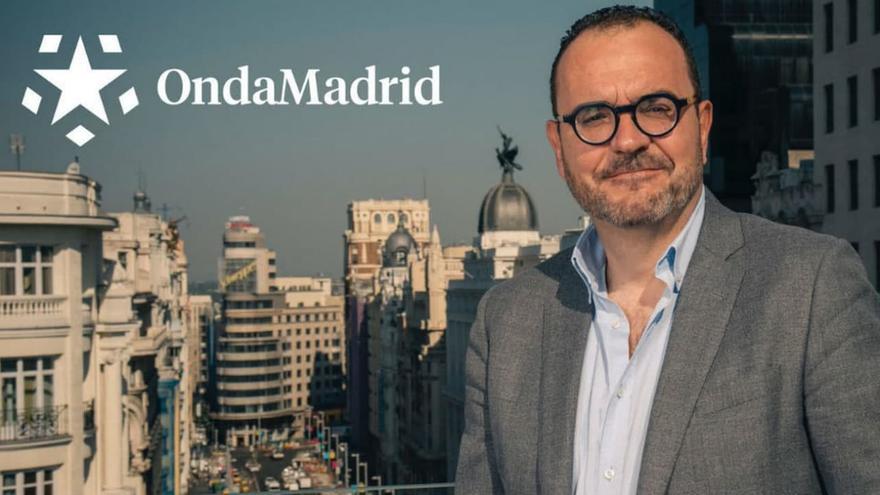 The journalist Juan Pablo Colmenarejo has died this Wednesday at the age of 54 after suffering a stroke. He currently presented the program 'Buenos dias Madrid', on Onda Madrid, where he joined in 2018.

Until then, Colmenarejo, who spent almost his entire career on the radio, was director of 'La Linterna', on Cadena COPE, where he had been since 2009. He was also news director at the station, between 2011 and 2013.

Juan Pablo Colmenarejo also worked in public radio and television, being deputy director of news for TVE and director of the first edition of the newscast between 1998 and 2000. Two years later, between 2001 and 2002, he edited 'España a las 8', on Radio Nacional from Spain.

"A void that no one can fill"

Professional colleagues have expressed their condolences for the death of Colmenarejo. One of the first to speak out was Pedro G. Cuartango, former director of El Mundo and current columnist for ABC. In a Twitter message, he stated that it is "an irreparable loss" and "a void that no one can fill."

Professional colleagues such as Juanlu Sánchez, co-founder and deputy director of elDiario.es, Jesús Cintora, Pedro Blanco, Elsa González, Juanma Castaño or Telemadrid, the house to which he belonged, have also said goodbye.

The Madrid Press Association has also lamented the death, which has highlighted that he was a director of the organization and the APM Award for Journalist of the Year 2011, or Nemesio Rodríguez, current president of FAPE.