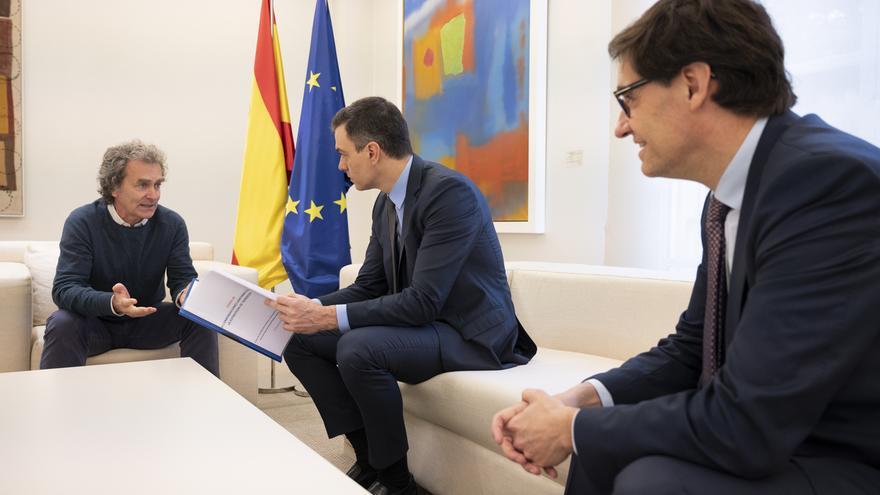 The journalist and presenter of the Cadena COPE Carlos Herrera has described the Government as "the ISIS of the pandemic." He has done so in one of his columns, in which he asked "to know that council with which Sánchez met," in reference to the experts who advised on the decisions.

"Here measures were taken late, despite the warnings, and were based on the criteria of a ghost committee, with which the ISIS of the pandemic covered the shame of its negligence." Thus, Herrera has blamed the Executive for Spain going to be when the pandemic ends "one of the countries with the most infected, the most dead in the world." "When I say ISIS I mean Illa, Sánchez, Iglesias and Simón, ISIS", he concluded.

This Monday, The Council for Transparency and Good Governance (CTBG) gave the Ministry of Health a period of ten days to make public the names of the committee of experts that advises the Executive on the management of the pandemic. He did so after the director of the Center for the Coordination of Health Alerts and Emergencies, Fernando Simón, refused to make them public. The body considers that the right to data protection is not violated and, on the contrary, it favors the control of public activity by citizens in "relevant decisions".

The presence or not of experts to advise the Executive has been the subject of controversy on more than one occasion by the opposition. Last July, the Minister of Health assured that "a committee had not been created outside the public administration of the Ministry of Health" to carry out the reports that endorsed the change of phases, but that he made the decision from the reports of the technicians of the Center for the Coordination of Health Alerts and Emergencies (CCAES).

Illa thus clarified that the Government had had the following support and work groups: a scientific committee, which met weekly with the president and himself; and a multidisciplinary group of experts, coordinated by the fourth vice president of Ecological Transition to prepare the de-escalation plan made up of professionals from different areas. "And to evaluate who passed the phase, the ultimate responsibility, as it cannot be otherwise in a democratic state, was the Minister of Health," he said.

Somewhere there's something you need to read.