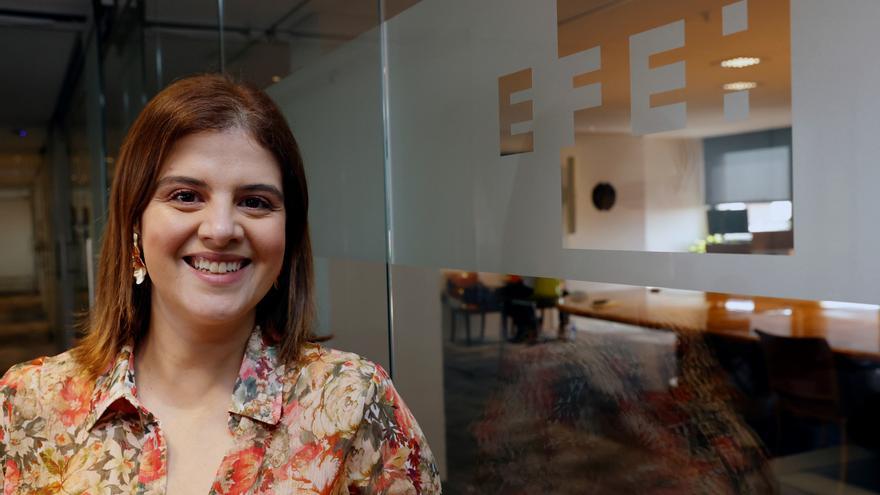 Madrid, Jun 8 (EFE) .- The winner of this year's Ibero-American Special Award for Environmental Journalism and Sustainable Development, the Portuguese Catarina Isabel Canelas Gonçalves, understands her profession as a duty to raise awareness among the entire population, not just a few , on the global problem of pollution.

He will receive the award tomorrow, delivered by the King of Spain, for the series "Plástico: o novo continent", broadcast by the Portuguese network TVI in 2020.

"To have an award with this global importance is incredible," he told Efe on Tuesday, "because the message of work weighs much more, it will come much more, because it is an issue that touches us all," and the moment cannot wait. to act is "now, not tomorrow".

Always aware of the value of the environment and the well-being of the planet, she was alarmed about this problem when she was surrounded by plastics in the sea of ​​a "paradisiacal" beach in Mexico, one of them with the sign "Made in Honduras".

Then it was said: "The ocean is only one, the problem is global", it is "of the world", not only of small groups of interested and aware people.

"We had to give the information to the masses; as a journalist and citizen, it was my duty, I had to do a public service," she argues, and not only in Portugal, so the work was developed on four continents, she explains.

The national and international impact, social and audience has been "fantastic" for the seven episodes of 15 minutes each, he says.

This award is "a pride and immense happiness", more with the unanimity of the jury. "It gives me more strength to prove that I am on the right track, that it is a transversal report that has touched all social strata," concludes the Portuguese journalist.

According to the jury, his shocking images reflect a huge global problem: the invasion of plastics in the seas, which causes the death of many animals, has entered our diet and affects human health.

The King of Spain International Journalism Awards have been awarded annually since 1983, when they were created by the EFE Agency and the Spanish Agency for International Development Cooperation (AECID).

The awards are intended to recognize the informative work of journalism professionals in the Spanish and Portuguese languages ​​of the States that make up the Ibero-American Community of Nations, and of the nations with which Spain maintains historical ties and cultural and cooperative relations.