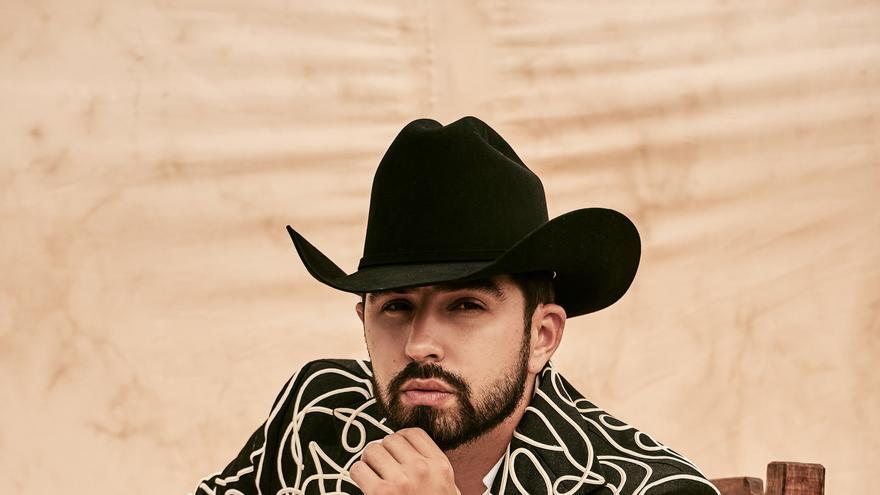 Mexico City, Apr 30 (EFE) .- Homey and dreamy is how the Mexican singer Joss Favela defines himself. The also composer and producer has dedicated his life to pursuing the goal of having a place in the music industry and he has achieved it.

And at 30 he has established himself as a singer-songwriter and now pays tribute to the most classic sounds of his native Sinaloa.

"I don't have an artist dad, an uncle who dedicates himself to this, nobody in my family is dedicated to this. I didn't know anything about how to start and maybe I still don't know anything, but at that time I knew less. I wanted to go to the moon and I went the other way, "Favela said in an interview with Efe about his beginnings in the artistic medium.

As he recalled, that "other side" was a path of growth that forged him "as a person, not as an artist," he said, as it was a series of hard jobs that gave him great satisfaction and teachings.

"I realized how difficult life was and what the world was like. I went to the Federal District, present-day Mexico City, and was on the subway, I set up a taqueria where I roasted meat and if they called me to record a novel went without being an actor. I had to eat, I did commercials, I sold calves, I did everything a person who is struggling has to do, "he said.

At the age of 18, Joss got hold of a Sinaloa-style taco stand on a city street sidewalk. "When they hired me in the first record company I earned more in the tacos than as a singer at the beginning," he recalled smiling.

By then Joss had already known the thrill of being on an imposing stage. At the age of 13 he stepped on the stage of the television program "Code Fame 2" and since then his illusion did not stop.

But despite that episode, Joss considered that his artistic career began with the album "Made by hand" that was released in 2016 and behind his role as a singer has also shone his talent as a composer of great artists such as Alejandro Fernández, Julión Álvarez and Banda MS, among others.

"GETTING TO THE RANCH"

This Friday Favela has revealed the rest of the songs that make up his album "Llegando al rancho", a material that he showed little by little since 2020 and that is in essence a celebration of the sound of the most classic Sinaloan band in a time in which the band is experiencing a transformation and many genre fusions.

"For this album I wanted to invite the engineers who recorded the first band music albums, musicians 'from before' and that is why the sound is classic, but at the same time the lyrics are not so classic. How am I going to get to the Caitime ranch if not with band music? "Favela wondered.

The name of the album came from the homonymous song he wrote in Miami, because the singer who defines himself as home and family, could not get out of his head the desire to be in the place where he shares a roof with his parents.

"I was recording a television show in Miami and I wrote it there, Miami being so beautiful and I was young, all I wanted was to be in my house where there is literally nothing," said Joss.

The rest of the songs like "I told you" or "I don't want to walk with you anymore", expose intense themes of love and lack of love, which if you are not living them today "remember them" to keep the inspiration burning.

"The songs are dictated to me by an old man from the ranch, I exchange them for a soda and bread," the author joked and added: "I have been lucky enough to experience many things, not all women know how to inspire songs, but fortunately mine, all the women I've been with have been the ones who do inspire songs. "

Although some songs from "Llegando al rancho" were written in a pandemic, he does not consider that this album describes his experiences in these times, so he plans to release an album of "all the songs that I wrote locked up", as he confesses that his production of lyrics never for.