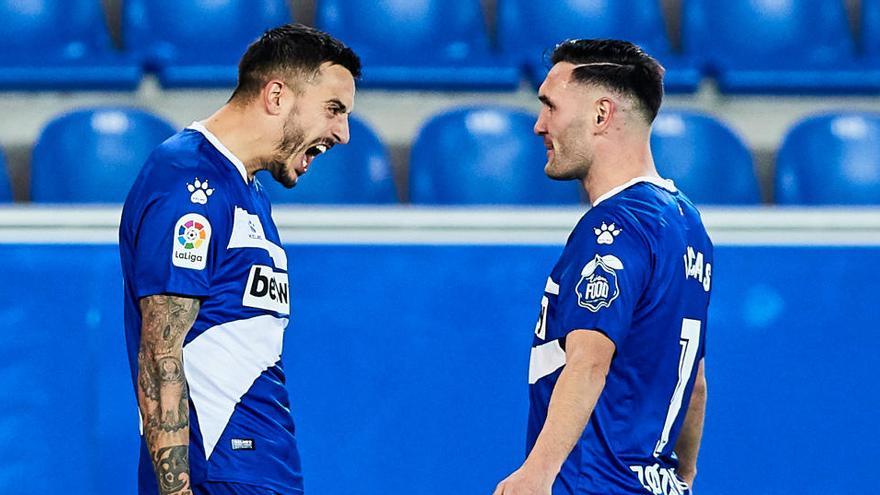 Joselu Mato gave oxygen to Deportivo Alavés with a goal in the second half that meant three points for the Vitorian team and got a team into trouble. Real Valladolid who was at the mercy of the locals for most of the game (1-0).

Abelardo Fernández got his first win since he came to the bench of the Vitoria team in his second stage.

With this setback, the pucelanos fall to relegation places after reaping their third consecutive defeat in LaLiga Santander, while the Basque team confirmed the feelings shown against Getafe, with a victory that was resisted in the league during the last six days.

Alavés prevailed from start to finish thanks to their pressure and physical display, and was able to extend the score in the final minutes, but Jordi Masip avoided a more bulky result.

Although there were hardly any chances in the first half, Abelardo’s men controlled the contest and gave no option to a Valladolid that was without ideas when looking for the rival goal.

The locals took the initiative in the first minutes, in which several clashes were the protagonists in the disputes for the ball on both sides, which gave clues about the intensity that a match between direct rivals was going to have.

The Albiazules requested a penalty for a hand from the visiting defense in the area, but after consulting with the VAR, the referee did not change his initial indication and the duel continued in a great battle for each divided ball.

To the Valladolid cost him to leave his field before the pressure of an Alavés that brought danger to the pucelanos from the set piece, although the visiting defense was very solid in the air game.

Lucas Pérez and Joselu Mato offered the spark to the Albiazules, with a lot of mobility in the attacking positions, where more and more players were added.

However, Jordi Masip barely had work in the first half hour and Fernando Pacheco had less. The babazorros set the pace of the game, but they couldn’t finish the plays.

The fear of making mistakes gripped the two teams in attack and they did not want to risk many men to protect the rear guards and they reached the break without goals or chances.

After passing through changing rooms, Alavés was able to go ahead with a direct free from Florian Lejeune and a failure by Luis Rioja in the mouth of the goal minutes before giving the alternative to Iñigo Córdoba, who made his debut with the Vitorianos.

The pressure from the Basques became even more intense as the minutes passed. Abelardo’s men went up and got the goal prize with a good shot from Joselu Mato, who pushed a great pass from Martín Aguirregabiria at the near post.

The goal did not change the staging of an Alavés who wanted to sentence the game and who did not lower a pressure that allowed him to stand in Masip’s domains with speed.

Tomás Pina was about to take advantage of a bad clearance by the Valladolid rear in another warning from the Vitoria, who found a good Jordi Masip, who prevented the babazorros from increasing their income in the final stretch of the crash.

The premises ended up very whole, they bottled up a bound Valladolid, unable to react after receiving the goal.

Incidents: Match corresponding to the twenty-second day of LaLiga Santander played at the Mendizorroza stadium. The local team played with a special kit on the occasion of its centenary.