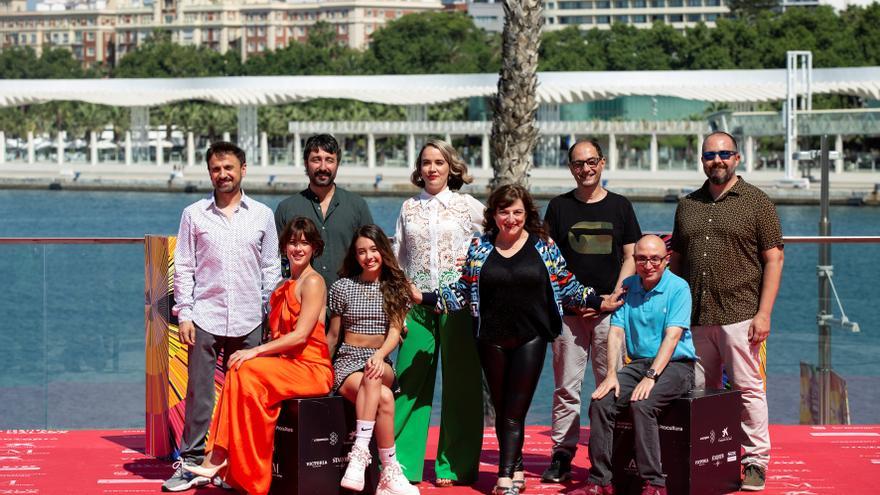 Malaga, Jun 12 (EFE) .- The 24th edition of the Malaga Film Festival has reached its last day with the out-of-competition screening of “García y García”, a comedy that is nonsense, “the situation of fish out of the water “, as defined by Ana Murugarren, convinced of having joined a” high-flying “comic couple.

It refers to José (Pepe) Viyuela and José Mota, protagonists of the film.

Mota, and part of the cast, with Eva Ugarte, Jordi Sánchez and Ricardo Castella, as well as the newcomer Martita de Graná, along with the director of the film, have appeared at a press conference at the Albéniz Theater, another of the nerve centers of the Festival, turning the last meeting of artists with the press into a real “show”.

After apologizing for Viyuela’s absence, Mota pointed out that playing “serious” in a crazy comedy like this had been “a challenge, it was not easy to make the character, Ana wanted him to be like …” Cary Grant “… , (She points to his side), and they both laugh to tell that it took them several months to get what they were looking for, “I’m happy,” said the manchego.

The actor has also said that 32 years ago he did a television project with Pepe Viyuela, but it is the first time they have worked together in film.

“This work has been very nice on a personal level, the colleagues have given everything. I have not seen anyone more dedicated than Ana; she was worried that we would meet the characters and we rehearsed a lot, I liked that a lot,” he explained.

Many of those trials, Ugarte specified, have been by zoom, because of the pandemic; “And then,” said the actress, “this shoot that seems so simple because of the script’s plot, is full of action and we shot a lot with special effects. The characters are very cartoonish, and shooting with Ana is very beast: it’s Navarrese and Basque “, has summarized Ugarte, causing laughter from the cast.

For her part, the youtuber Martita de Graná highlighted “the incredible opportunity to work in film and not play the role of Martita”, thanking everyone with her usual sense of humor.

“García y García” is a comedy of entanglement, the meeting and disagreement of two people, which later will be three -explains Mota-, when my character meets Chloe (Eva Ugarte).

“I am a guy who leads a life that is not what he wants to lead, Javier García Pedrosa, who is separating, and in that flight that the separation lawyer has advised him, the opportunity arises to do a job to refloat a company low cost airline that is making water, and they urgently ask me to intervene “.

“And I accept because I need to evade,” Mota commented with one of his characteristic winks.

In “García y García”, as soon as Mota arrives at the airport, the mess begins; There they confuse him with another Javier García, an operator who is also waiting to repair a plane that the mechanics themselves do not know what to do to make it work.

“Everything happens accidentally, they take me to a boarding house and Viyuela, to the Ritz; however, it is convenient for me to be on that parapet, because my wife is looking for me. And I, who am an executive, a ‘coach’ of new strategies, but they put a monkey on me and take me to the hangar: things that change my life start to happen there “.

The pandemic has helped the creator, comedian, actor, producer and director to realize that people live “obsessed” with feeling free, when what we need most, he said, is to be together.

“In the pandemic, we have had time to find ourselves and also to realize how small the world is, how fragile we are and the personal awareness of how much we need each other. That it is not you , and that’s it, it’s you and the others “.

Similarly, he has argued, “you can watch movies at home, but the collective magic of going to the movies occurs precisely because others are with you.”

The film will hit theaters on August 276.