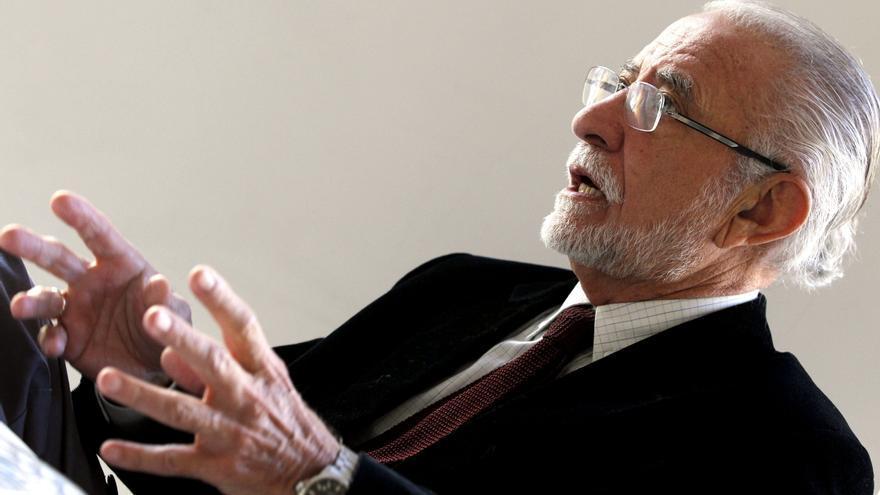 The writer José María Merino wanted to return to committed literature and he does so with a book of stories in which he warns of the “deep, resounding and dangerous” change facing the planet: “God must be sick of how we’re handling things“, he says in an interview with Efe.

And so, in the stories that make up ‘Anthropocene News’ (Alfaguara), the Pope dreams of the resignation of God, a young writer tries to relate the end of the rural world, a man searches the depths of the sea to get away from the atrocities of the surface or a couple reaches the seventh continent, formed by the accumulation of plastic .

Are fifty stories with which Merino, National Narrative Award and National Critics Award, among many other awards, wants to warn of the lack of awareness in society about the future of the Earth, and the “uneasiness” caused by what Nobel Prize in Chemistry Paul Crutzen called the Anthropocene, a new geological era caused by the influence of human behavior on Earth.

The line we are leading is towards a “darker” future, argues the writer José María Merino (A Coruña, 1941), who misses a “planetary consciousness” of the historical moment, and believes that it is dangerous, despite the fact that, he maintains, he does not want to be “apocalyptic”.

Thus, he has wanted return to committed literature, whether through satire, the fantastic, the dreamlike or the dystopian, to awaken awareness of the moment that the planet is going through and of the changes that are taking place, in the face of “denialism” that, he says, still exists.

Something that he already did in 2008 with another book of stories, entitled ‘The doors of the possible’ that, in a way, he says, already expressed his unease with what is lived today.

Climate change, new resources, the massive use of plastic, deforestation, massive cattle raising, the use of insecticides and new technologies They are transforming society and to these changes José María Merino wanted to dedicate his writing.

Because “this is not an invention”, maintains the author, who assures that the Earth is undergoing “a resounding, profound and dangerous change and there is no consciousness. I have a 5-year-old granddaughter and I think what will become of her future? “.

José María Merino believes that the human being is “too greedy” and maintains that this is possibly the origin of the evils.

It is also necessary to solve, he says, the fragility of democratic systems: “with what it has cost us in Spain to have a Constitution and that we are always at odds, that we never have adversaries but enemies.”

“Where are we going?” Asks José María Merino, who dedicates another of his stories to the manipulation of voices: “now we don’t know what is true or a manipulation. The false truth is continually dancing around”.

In the foreword to his book of short stories, a man decides to calmly revisit, when he begins his retirement, the remembered places of his youth, but what he discovers is discouraging and he has the feeling that “his personal retirement, when he already had severe warnings of physical decay, it was a symbolic form of the retirement of the planet, increasingly cornered by the successive harmful actions of a species that, in his opinion, had not known how to connect to it “.

As well one of his characters says in the book “This is going to shit”. And the author assures that it is the reader who has to deduce if he shares this impression: “I don’t know if this is going to shit but, of course we are not well oriented, it is clear; we are drifting through an area that is too uncertain” .

On the effects of the coronavirus pandemic in the world, he remembers that “from the plague of the 13th and 14th centuries the Renaissance ended up being born and at the best of this terrible pandemic something positive comes.