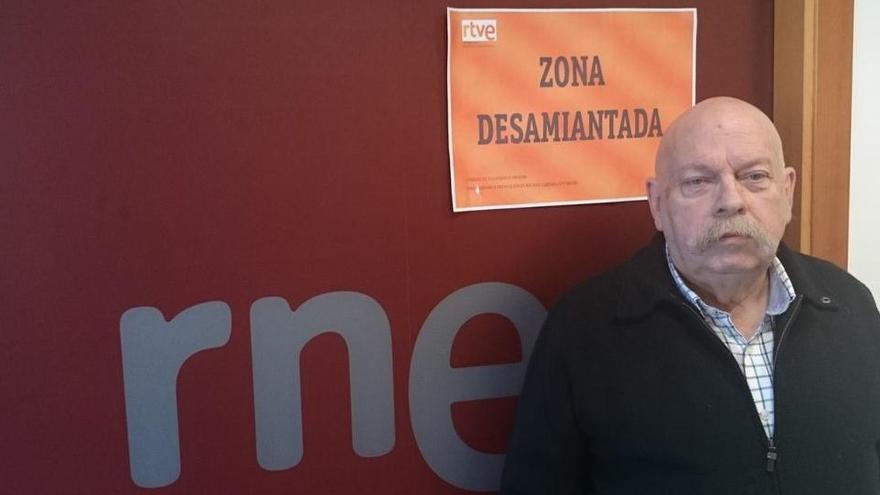 Filomena has shown us what it is to snow well. Can you imagine if those snowflakes that fell would have been asbestos? It sounds like a dystopia, but it was a real thing. Asbestos, responsible for mesothelioma, a deadly cancer, has been used as artificial snow in Christmas decorations. Artificial asbestos snow was a bad idea, a deadly idea. Use it on building materials, too.

The actual pandemic reminded us of the importance of airborne transmission of infectious pathogens like tuberculosis and toxics like asbestosis. The former usually kill quickly. Toxicants, like asbestos, kill slowly. But they all kill. And all lives end before their time.

Due to the miraculous physical properties of the minerals from which it is obtained, asbestos or asbestos has been used since ancient times for a wide variety of manufactured products, mainly in building materials, mechanical friction products, flame retardant textiles, packaging and coatings. The toxicity of asbestos is due to the inhalation of fibers that float in the polluted air of factories and workshops where it is handled, and near the emission sources inside homes and premises built or lined with materials that contain it.

Many buildings built during Spanish developmentalism and at least until the 90s of the last century contain materials made with chrysotile (white asbestos) or are soundproofed with blue asbestos or crocidolite, so they remain a source of exposure to the fibers during maintenance, renovation or demolition.

The old buildings of RTVE in Prado del Rey they were no exception.

The history of RTVE owes a place of honor to José María Íñigo. Programs such as 'Open Study', in which it reached more than thirty million viewers, 'Directísimo', 'Esta Noche Fiesta', 'Hoy 14:15' or 'Fantástico' represented a renewal that caught viewers from 1968 to 1985.

He returned in 2004 with the program 'Carta de Adjustment' and sporadically as a collaborator in different programs. In 2017, when I was already a victim of cancer, presented for the last time the 'Eurovision Song Contest'. The following year he passed away.

Inigo was in optimal health conditions until the end of December 2015, when a strange respiratory difficulty forced his hospitalization. During hospitalization, they detected a pleural effusion that, after a whole battery of medical tests, led to the diagnosis of pleural mesothelioma.

From that moment everything went from bad to worse. Despite painful chemotherapy sessions, the worsening was progressive and she had successive hospitalizations until in May 2018 his name was added to the list of celebrities who died from mesothelioma.

The TVE studios in Prado del Rey were inaugurated in 1964. Studio 1, one of the largest sets in Europe, had an area of ​​1,200 square meters. To isolate it from outside noise and achieve the best absorption acoustics possible, walls and ceilings were covered with a screened insulation of a binder and blue asbestos fiber, which solved much of the acoustic problem.

As with all friable materials, insulation began to deteriorate rapidly, to the point that there are witnesses who testify that in the 70s and 80s "the programs facing the public, whose ovations caused vibrations in the structure of the set, made a fine drizzle of grayish dust, perfectly visible through the beam of spotlights, fall on the workers and on the rest of the personnel present there ".

The dust consisted of crocidolite fibers, the most dangerous variety of asbestos. In case the friable asbestos mortar projected was not sufficiently toxic, most of the special effects were made with asbestos dust and cardboard, so, as in the case of the Madrid Metro, all the workers have been in a situation of risk from exposure to fibers.

In the 1980s an attempt was made to encapsulate asbestos with partial and temporary barriers to prevent the rain of fibers falling directly on those who worked or visited the studios. Although the results of tests carried out between 2003 and 2005 indicated that the permissible environmental exposure limits were not exceeded, it was decided that asbestos had to be removed.

In October 2011, the RTVE Board decided to invest 70 million euros to discourage or demolish several of the studios. According to TVE workers, the day that the dismantling of the facilities began was also the last time they had news of the thousands of articles of props stored and impregnated with asbestos fibers that were sent encapsulated to the landfill.

In 2019, the sole administrator of RTVE, Rosa Maria Mateo, launched a new "desamiantado operation". He did so after learning about an audit that discovered new and serious deficiencies that can seriously affect the health of employees. For Íñigo it was too late.

He mesothelioma that ended his life was undoubtedly of professional origin, derived exclusively from his work at RTVE. In spite of this, the company, the Social Security and the Mutual Insurance Company deny him recognition of Occupational Illness. A fight for their rights that, unfortunately, is common for many workers who die from mesothelioma, which, as with the Madrid Metro workers, take years to achieve.

He Thursday, January 21, in the Social Courts of Madrid, the demand will be settled declaration of Occupational Illness presented by his family. José María Íñigo, who began the procedure to request recognition of Occupational Disease when pleural mesothelioma was diagnosed, will not be able to see it concluded.

University professor. Department of Life Sciences and Researcher at the Franklin Institute for North American Studies, University of Alcalá