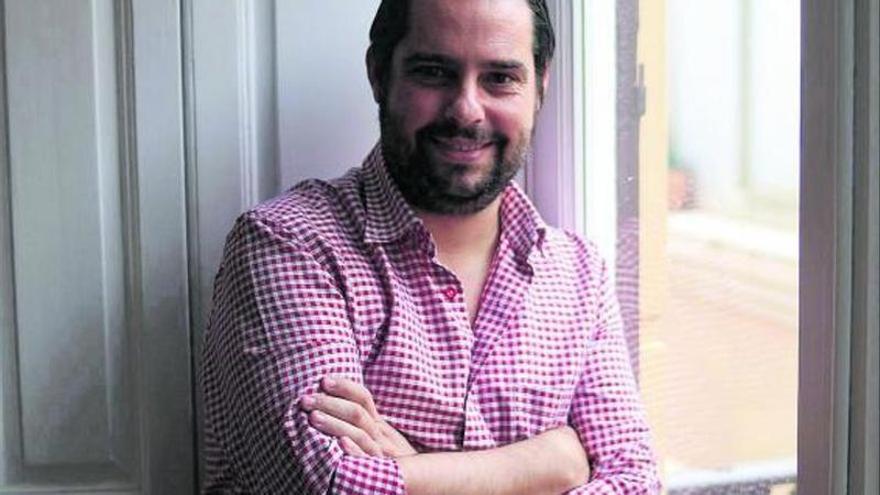 Out of curiosity: are you the “uncomfortable journalist who keeps asking questions” in Historia de un suicida?

Obviously, there is a lot of me in that character. And, practically, his curriculum imitates mine, for example, in the time that I was covering Courts, in the disappointment that this profession causes once one persists in it and understands that it is more a priesthood than a trade, although it also there is some other joy, why not say it; or in the consideration of the news or the informative piece almost as a superior or legal good to protect with zeal, because there is much of that that is being lost. It is an alter ego that I use to reflect on the profession, the job insecurity, the interested pressures and the inherent ethics that the practice of journalism should entail in a situation like the one I narrate, that of a man in his fifties who has decided to end his life. There is also a tribute to the old journalism, to that of Events and Courts, to the long guards at the gates of a court, to the information that made the bad guys resign. In that journalism it was clearer than today who were the good guys and who were the bad guys.

Suicide was until not long ago a taboo subject in the newspapers, while, on the contrary, it has been a very inspiring engine in literature. What attracts you to a matter like this?

In fact, we have rarely reported it in this newspaper. Then, some experts have considered that it should be talked about, especially to make those who are in that trance know the resources that can help them avoid it. Suicide has always seemed like an abstract idea to me, a bird of ill omen that sometimes flies next to our heads. In this case, in this book, it is about the easy way out, the shortcut taken by a guy who has lost everything and who, to gauge or weigh whether the only thing he has left, that he thinks he has left, is the love of yours, your family, friends, partner or lover, is enough or not to continue living. It is an ethical dilemma, which I think many people have also thought at times. And, around the decision of the protagonist, I reflect on suicide as a form of social relationship or as a mechanism to determine their health.

Who is Bonifacio Miró and what does he tell us about us?

Bonifacio Miró is a cowardly person, incapable of undertaking projects, a loser. It was not in the past: he was a good man, wanting to live and eat the world, who started his tax consultancy young, who married young, who had a daughter in a marriage in which there was love, but the disappointment of living, the wear and tear of the years, the permanent disagreement in his family, work, friendly and social relationships lead him to a situation with no way out. When he turns fifty-something, one day he looks in the mirror and realizes that there is an evident dissonance between who he imagined he would become in his youth and who he really is. Sometimes it takes us years to understand that we have failed, or succeeded. He realizes, perhaps too late, that he has lost his vital bet. And now he only has to advance in the enemy field to have a last gesture of dignity. Or what he believes dignity. And he decides to climb on the railing of his balcony and threaten to jump. He wants to provoke a reaction to see if perhaps the already verified failure is just a mirage. Bonifacio Miró could be any of us, because defeat is more common than people think. And the problem is not losing or winning, but what you do with defeat or with success. Whether you use it to build or to destroy yourself. That’s what this novel is about.

The protagonists of his novels and stories often go through extreme crises. How inspiring is the abyss?

The abyss produces the most fruitful literary material. Characters who, faced with extreme situations, are capable of giving their best or worst, committing indignities or the most altruistic gestures. The economic crisis was a moral abyss. And love, in a way, is also a crisis, a precipice, at least in the first moments, because it forces you to rethink too many things. The same happens with death, which is the true theme of this novel, or with the constant presence of death in our lives. Can a common and cowardly life redeem one’s death? This book addresses the reactions of characters linked to Bonifacio Miró who one day, suddenly, are forced to face a man who has decided to end his life. And they also have to face the fact that, perhaps, they have had something to do with it. These situations often come from taking good people or, at least, kind people to the extreme with selfish, stupid or little supportive behaviors. Perhaps this short novel seeks to vindicate goodness. It’s already something.

Many perhaps expected that your second novel would continue on the path of the black genre, with so many commercial outlets at the moment and that you know perfectly. Has the steering wheel been intentional?

Lola Oporto was a crime novel that had some success, it was a finalist for a national award and, perhaps, the literary path should have continued there. But I wanted to do something less commercial literature, with, to put it in some way, a desire for style. I cared about the story to tell and, of course, the way to tell it. There is an evident poetic atmosphere and a flirtation with tragedy throughout the novel, which is the narrative streak that generates the dramatic tension necessary to bring a story to fruition.

Does it take a long time for a journalist to consider himself a writer?

Journalists and writers tell stories. Those of the former are real and those of the latter, for the most part (except for self-fiction), not. Journalism and literature share vast border territories such as the background report or the columns. There are those who remain in each of these territories and those who allow themselves to be seduced by the porous borders of both fields. I’m one of the seconds. Although I do not know if I am a writer: let’s leave it in that I tell stories and reflect on what happens to us. Sometimes I do it in the newspaper and other times, in books.

Inauguration of the exhibition ‘Moya a Santiago Santana’, which includes some 40 works by the painter from the period between 1929 and 1991