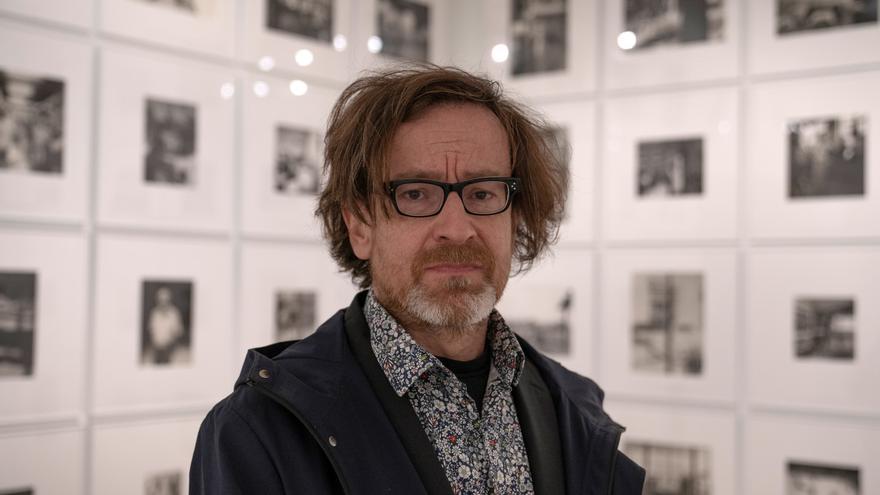 The first retrospective of the work of Jorge Ribalta (Barcelona, ​​1963) arrives in Madrid at the hands of the University of Navarra and the Mapfre Foundation to review the extensive career of the multifaceted Catalan creator.

The figure of Ribalta is supported by different axes: photographic practice, theory, criticism and curating. Being this first the main protagonist of the sample Everything is true. Fictions and documents (1987-2020), which exhibits more than thirty years of professional experience. The exhibition not only covers his photographic projects, but also his studies and contributions in the field of documentary research.

The retrospective is made up of fourteen analog photographic series, four projections and documentary material that will be available at the Mapfre Foundation from Madrid until May 8, 2022.

The idea for this exhibition was born six years ago. Throughout this process there have been various vicissitudes. Among them, the change of city of the exhibition – from Barcelona to Madrid – or the death of its co-commissioner, Julián Rodríguez, also editor of Periférico, who named the project. Title referring to the unfinished documentary It's All True, directed by Orson Welles between 1941 and 1943. Ribalta assures elDiario.es that the process of carrying out this work has been "in part painful, complicated and even unpleasant". This was until he found a way to look, to look at himself, to document himself. However, the artist believes that this development has served to reconcile him with the beginning of his work and that it has become "something therapeutic".

Jorge Ribalta began to portray images in the eighties. He began and continues to expose analog negatives that he himself reveals and amplifies. "Digital photography is not photography, it's another medium," says the creator. For the artist, the culture of the industrial age is latent in the analogical. Ribalta rules out being nostalgic for photographic film but emphasizes the importance of the times and the environment involved in making analog photography, a very different workflow being in solitude in a dark room than standing in front of a computer screen. "The story is incorporated into the work," he opines.

This first retrospective presents the work of the Barcelona artist in chronological order, from 1987 to 2020. "It brings together more than three decades of photographic practice, research and theory by Jorge Ribalta and, at the same time, constitutes a journey through the grammars and policies of the visual document in the Spanish context", says Valentín Roma, curator of the exhibition. Between 1987 and 1998, his creations were made up of small stagings carried out in his workshop. This illusionism was prefabricated by the author through miniatures. Samples such as apocryphal prints which was inaugurated at the Spring Photographic Festival in 1988. This work was called the revelation of the festival by Andy Grundberg, then a critic for The New York Times.

The artist's work has a split in 2005. His gaze mutates or, rather, changes location. From the poetics of his first stage in which, in the solitude of his analog laboratory, through a plate camera he recreated the world with figures, he goes on to carry out a search abroad, which continues to this day, within the framework of the documentary . These periods, hypothetically antagonistic, are questioned in Everything is true. Fictions and documents (1987-2020). For this second journey, Jorge Ribalta abandons the tripod that supported his large-format camera to work, usually, with a 120mm Rolleiflex or other medium-format cameras.

Peering subtly through his waistband viewer, he has shot such series as Sur l'herbe, which is the fruit of four editions of the Sónar music festival in Barcelona. Work in which the leading role is not held by the artists but by the public. People who socialize and photograph themselves on an artificial turf, and thus become the true spectacle of the event. Among these, Ribalta with an anachronistic device from the sixties documenting what happens in gentrified Barcelona. This leisure ritual takes on a new meaning due to the suspension of public space caused by the COVID-19 confinement.

The antagonistic title of the exhibition points to the blurred line that divides fiction and document. An issue that is always latent in Ribalta's work. "An unnecessarily totalitarian truth", in the words of the exhibition's curator. "This opposition, quite simplistic and Manichaean, between image constructed in a discourse in which photography lies, very typical of the 80s and 90s. Versus the idea that photography tells the truth, which is the entire documentary tradition. Somehow, we see how within photographic realism there is this dimension of fiction, fantasy, delusion and where this opposition, apparently clear, becomes less clear", argues the artist.

One of the first film documentarians, Scotsman John Grierson (1898-1972), defined documentary film as "the creative treatment of reality". Director of Drifters (1929) –translated as drift fishermen–, like the protagonist of this article, focused part of his work on the documentation of the working class. In Grierson's case, of herring fishermen in 1920s England.

In 2011, Jorge Ribalta presented an extensive work on working-class photography from 1926 to 1939 at the Reina Sofía Museum. "He traced the genealogy of the historical appearance of the documentary discourse in the twenties in cinema and photography is linked to those movement of the working class "recalls the researcher. The documentary as a genre linked to workers' struggles in which the documentary filmmaker tries to insert himself as an active agent "to represent his working conditions within the cultural field," he adds.

This ideological position is opposed to the debate of the eighties in which it was asserted that photography lacked transparency, neutrality, truth. However, Ribalta assures inserting his work within that discussion. "In both cases there is an ideological position regarding the debates and the urgencies of each moment, which are not the same. My point of view is that the criticism of the eighties, like all criticism, is exhausted. Once the criticism is made, it Photoshop, digital technologies and this normalization of the discourse of photography as a deception and a lie appeared in the 1990s. And, in this context, it seems to me that it is urgent to return to the documentary tradition; to affirm the power of photography to tell the truth. truth and, above all, taking into account that this truth is historically linked to political struggles", reasons the artist.

His counterdiscourse positions itself in his work against post-photographic theories. The supposed death of photography as a reactionary discourse that Ribalta believes should not be naturalized. "The element of truth has to prevail over the element of lies," concludes the documentary filmmaker.