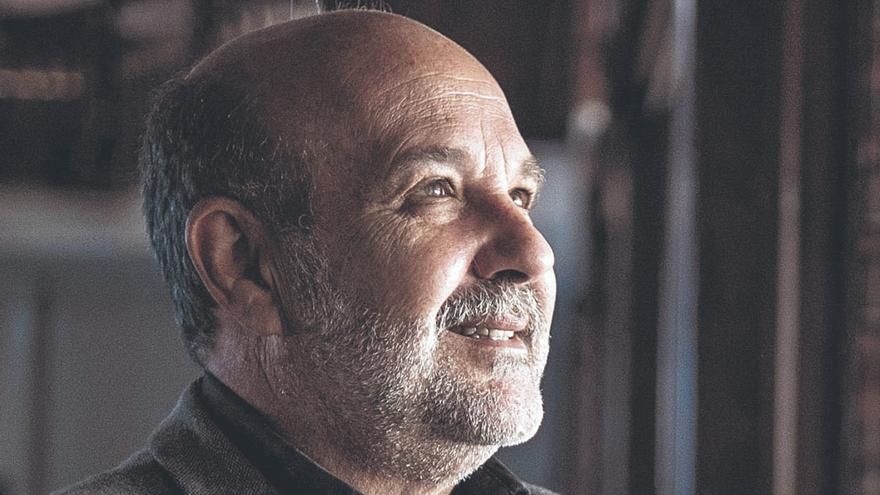 He is one of the most influential people in international culture and I would even dare to say that in other areas. For the first time in Spain he will have an artistic residency at a festival and to our satisfaction it will be at the FIMC. He is the great ambassador for the festival world. And he is going to present himself to us in two ways, with five concerts. He will do it, as every year, with the Mahler Chamber, which he considers one of the best orchestras in the world, and with another formula that I consider more passionate, Encuentros, which is the name of the concert in which he will conduct young Latin American musicians. more canaries.

It's its root, right?

Sure. He is the son of the José Antonio Abreu youth choir and orchestra system in Venezuela, who was his teacher, and I have the impression that these performances represent for a spirit like his a few measures of rest in front of the maelstrom in which he walks. entered as one of the most relevant directors in the world. And furthermore, we are fortunate that in this group of young people from Los Angeles, Mexico, Venezuela, Uruguay, Chile, Argentina and Spain there will also be a representation of Canarian musicians. I dare to assure you that this concert, which is the premiere of the FIMC at the Tenerife Auditorium, is not only going to be extraordinary, but also very peculiar.

And as a Venezuelan, the Canary Islands are close to him.

Of course. When I spoke with him he referred to the Eighth Island, in reference to that close link that Venezuela has always maintained with the Archipelago. It will be a great pleasure to have you with us for at least twelve days.

Is this an edition of interpreters, of soloists?

We focus on what are performers, soloists, as in the case of the pianist Grigori Sokolov, whom he had been trying to bring for three years, who is doing a tour, precisely the one he brings here, garnering glowing headlines in newspapers around the world. For me it represents a line of continuity that was opened by María Joao Pires, which was followed by Marta Algerich, Mitsuko Uchida, Arkadi Volodos, of course our Javier Perianes, and the return of Ivo Pogorelich.

There are many proper names.

That's how it is. A baritone like Thomas Hampson, with a wonderful charisma; the Canarian mezzo-soprano Nancy Fabiola or teachers of the category of René Jacobs, Ivan Fischer or Fabio Luisi.

And Jacobs with his particular Cosi fan tutte?

When I spoke to the maestro about the repertoire, he suggested it to me, but since it was an opera I had my reservations and I thought about it, because I am careful not to program these pieces according to the operas of Tenerife and Gran Canaria. But the idea convinced me: René Jacobs' Cosi fan tutte is different in the way he is treated; on the instruments of the Freiburg Orchestra; in the way of directing it ...

On the one hand, the usual commission and above all a tribute to the figure of Cristóbal Halffter, one of the most prominent Spanish composers of the second half of the 20th century and the beginning of the 21st, with the work Melancolía, performed by the Basel Chamber Orchestra under the baton of his son Pedro Halffter.

And that pleasant surprise of the Carnival of the animals of Saint-Saëns with the recitation of Abubukaka?

Yes, with ten excellent Canarian musicians, under the baton of Ignacio García Vidal, who has understood the work perfectly, but above all the participation of Abubukaka. At the En Paralelo Festival we knew they were going to do well, but they are surprising for their enormous professionalism and seriousness, something strange about them. It is a project that disarms its usual audience. Amazing.