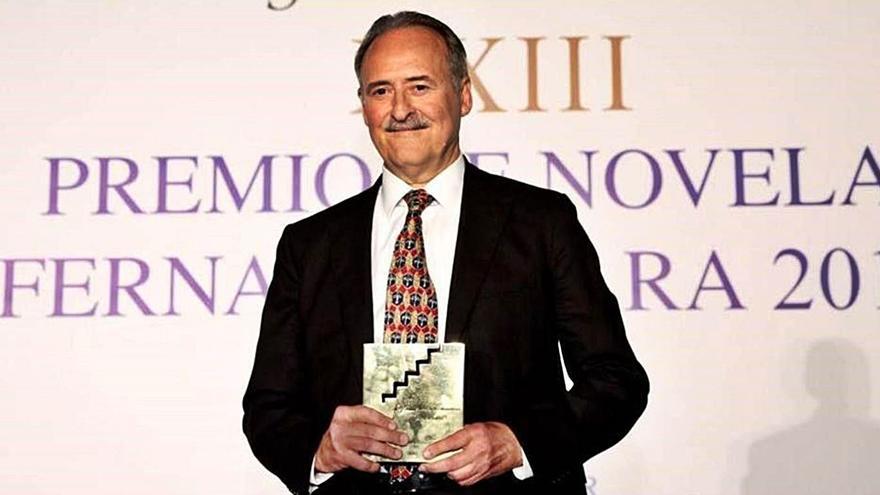 Did you come to present your book The Queen Alone at the State Public Library?

Yes, but not only that but I have come to present the Spanish adventure in the Mediterranean. Before America, from northern Europe, Spain had an empire in the Mediterranean that has been largely forgotten and lasted much longer than that of America. The book talks about Constanza, Aragon and Sicily. She was heir to the kingdom of Sicily and married the kingdom of Aragon. The Crown of Aragon, at that time, was very small, with only one million inhabitants and was facing France, which had 16 million. The only exit for Aragon was through the Mediterranean. The wedding between Pedro de Aragón, who was later called Pedro el Grande, and Constanza took place, with the idea of ​​going out to the Mediterranean. The Balearic Islands were at that time the kingdom of Mallorca. The French, the great powerful of the time. Castilla, at that time had five, but was in very good relations with Aragon who had only one.

Constanza is the protagonist of the story?

Yes. The French were taking over the entire Mediterranean with the support of the pro-French popes. In a crusade that one organized to put in Sicily a French king in place of the one there was at that time, they killed Constance's father and took the kingdom. The idea of ​​the Crown of Aragon to go out to the Mediterranean through Sicily was frustrated because it had been taken over by the French who had previously claimed territories from the same Crown. In a coup, Pedro de Aragón seized the island with the forces of the time under contract. He called Constance, to whom he had promised that he was going to avenge the death of his father and that he was going to give him the kingdom who arrived very happy because he was going to be queen of Sicily, which corresponded to him by inheritance and had been taken from him by the French . She came with three of her children, which was what corresponded to her for the Aragon dynasty to continue in Sicily and Pedro left her alone and left.

How was that abandonment?

He left her with considerable trouble because he faced France, who had taken the kingdom from his father and the pope who was also French. It is a story of a David against three giants of the time. This is how the Crown of Aragon came out to the Mediterranean. These, who were so tiny, managed to establish themselves in that sea. We had an empire there that even reached Greece, to what is now Athens, which was Spanish for 100 years.

Make a parallel between the Canary Islands and Sicily ...

Apart from the fact that they are islands and both have volcanoes, while the Canary Islands were the door to America, Sicily was the Mediterranean where we got, from Naples to this island, Malta, Sardinia, for a time Athens, the Milanese and many places in the world. north of Africa. All this was inherited by Spain. Isabel and Fernando were the founders of the Spain we know. Looking at its shield you see Castilla, León, Aragon and Sicily. The coat of arms of Sicily is like that of Aragon, only with two harriers. In the first coat of arms of the Catholic Monarchs, Sicily is at the same level as Castile. Our history in the Mediterranean is like a Game of Thrones. In The Queen Alone there is a true Game of Thrones that happened to us and of which we have to be proud because we were very young and we were able to face very great people of the time.

How well have you received the other books you have previously published?

Very good. Perhaps the one that had the most, which swept Spain and was published in 20 languages, was The Ring. The inheritance of the last Templar.

Yes, to discover places and characters. In this novel, in particular, there are three female characters that would surprise us today. Specifically, there is a Sicilian lady, who, apart from being a great chess player, with a great mind, liked to go with her knights killing French and when you placed her at court she was the great seducer of men to obtain more power. . She wanted to be queen of Sicily instead of Constance, so we already see a confrontation between women. For me discovering that character was a great surprise.