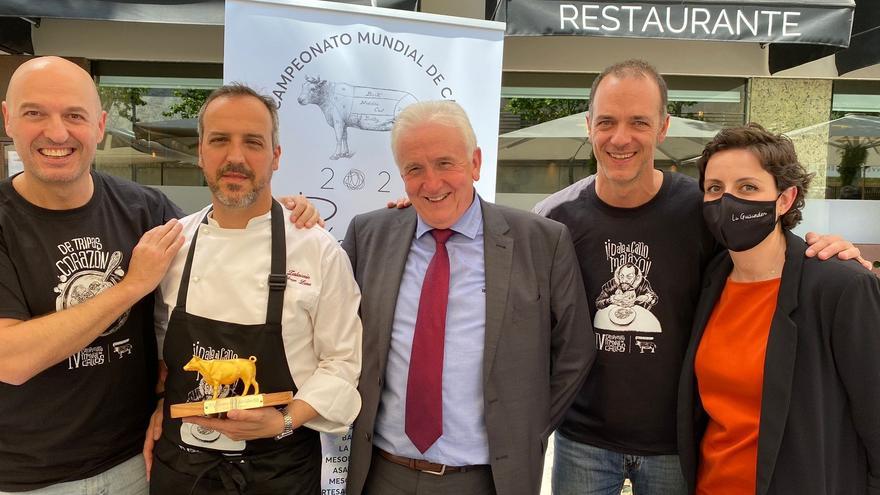 Madrid, May 26 (EFE) .- The chef Jorge Losa, chef de cuisine of the Zalacaín restaurant, has won the IV edition of the world tripe championship, in which winners and finalists of the three previous editions have participated, and some Michelin star, included.

Losa has been chosen the winner in the final held this Wednesday in Madrid and organized by the chef Pedro Martino, who has his own restaurant in Caces, Asturias, although in Madrid he is the gastronomic director of the Guisandera de Piñera, where it has precisely taken place. this culinary appointment.

The winner has pointed out to Efe that in his recipe “there is no secret” that the way to make his tripe is “the most traditional” and that, if anything, the only thing that stands out from his plate is “the balance of the ingredients , time and dedication. ”

There is no doubt about this, since the Zalacaín tripe, which they have been offering to their customers for many years, even if it was a letter, take two days to cook: “I start on a Tuesday and finish on a Thursday.”

And as for the percentage of ingredients for its preparation, Losa affirms that it uses “sixty percent of tripe, twenty of leg and twenty of nose”, plus an Asturian compango with certain peculiarities, because, although the blood sausage is native to that community, he prefers to use “a sweet chorizo ​​instead of smoked”.

Finally, on today’s grand finale, Losa, who like the other finalists has tasted the fifteen dishes presented, has confessed that all of them were “spectacular”, that it was to taste “good over good” and that none had “defects” .

The peculiarity of this edition is that winners and finalists of the other three editions have also participated, with a total of fifteen chefs, some of them with a Michelin star, and all of national origin, since due to the health crisis of the covid- 19 have not been able to count on chefs from other countries this time.

The jury that has determined the winner has also been high, as it has been made up of personalities from the world of gastronomy such as chefs Pepe Solla, Iñigo Urrechu and Andoni Luis Aduriz; and the food critics Borja Matoses, Pilar Salas, Benjamín Lana and Iván de La Plata.