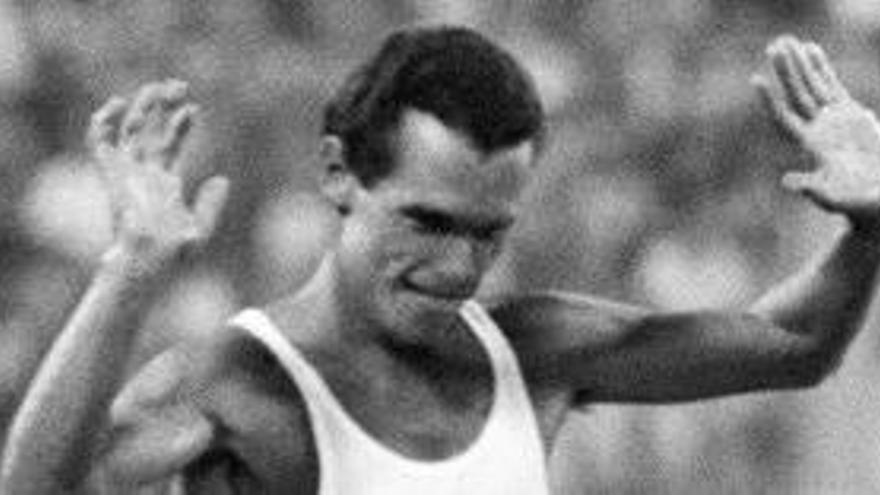 Jordi Llopart He finally passed away this Wednesday at the age of 68. The first medalist in the history of athletics in the Olympic Games with a silver in Moscow-1980 underway has perished at 4:45 p.m. today at the Can Ruti hospital, where the vital organs of his body have been extracted, such as and as stated in his will. With his goodbye, Spanish athletics loses an undeniable reference.

Despite the fact that his death was prematurely announced on Tuesday, it was not until this afternoon that Llopart died. On Sunday he suffered a cardiorespiratory arrest And although everything possible was done to achieve his recovery, he entered an irreversible coma that has lasted until the afternoon of this Wednesday.

The details of his funeral have not yet been released but it is known that it will take place in Canet de Mar, which is where he lived in recent years and where his mother was from. Llopart, a pioneer of the march, which he popularized together with Josep Marín, also from Prat de Llobregat, a specialty that until then was unknown, became an icon of Spanish athletics with his international successes.

When the news of his death spread yesterday, the impact was immediate on Spanish athletics, mitigated when the denial was known. But the reactions will grow now with the officiality in memory of a singular athlete. The walker Diego García, runner-up in Europe in the 20 km march, said on social media that “it all started with Jordi Llopart.” “If today some of us can dedicate ourselves to this, it is, to a large extent, because Jordi paved the way for the Spanish march”

Llopart was born on May 5, 1952 in El Prat de Llobregat (Barcelona). He competed in three editions of the Olympic Games: Moscow’80, Los Angeles’84 and Seoul’88. He was also a technical health assistant (1970-74), graduated in Tourism and studied as an officer in Graphic Arts. He worked as an administrative assistant in the Finance Office of the Prat de Llobregat City Council (1976-83), where he was on leave of absence during his time dedicated to athletics.

“You will always be a legend”

In a statement from the Spanish Athletics Federation yesterday his figure was remembered with feeling. “40 years ago, we cried with joy. For the first time, thanks to you, we got on an Olympic podium. Today we cried with sadness. DEP, Jordi Llopart. You will always be a legend of Spanish athletics,” the RFEA said in a statement.

He was always a member of the Grupo Cultural Deportivo La Seda and his coach was his father, Moisés Llopart, except for the two stages in which the Polish Jerzy Hausleberg directed it in Mexico. He began practicing athletics in 1965, initially in cross-country events.

In the 1980 Moscow event, he won silver in the 50 km march. It was the first time that a Spanish athlete was on the podium in an Olympic event. In Los Angeles ’84 it was seventh, and in Seoul ’88, thirteenth. He also participated in three World Cups, always in the 50 kms. March. It was in Helsinki’83, Rome’87 and Tokyo’91, with discreet results.

Intervened in four European Championships, between 1978 and 1990, and achieved gold on September 2, 1978 in Prague – the first gold medal for a Spanish athlete -, sixth place in Athens’82 and ninth in Stuttgart’86. In addition, he played thirteen World Cups (1973-91)

He retired from the competition after fourth position in the Spanish Marching Championship, in March 1992 in Badalona, ​​thus he was left out of the Olympic team for Barcelona’92.

He then began his stage as a coach, in which he had as pupils Daniel Plaza – Olympic champion in Barcelona’92 – Basilio Labrador, Jesús Angel García Bragado – 1993 world champion and runner-up in 1997 and 2001 – Teresa Linares, the Polish Spanish nationalized Beata Betlej and several Japanese marchers.

In addition, it was President of the Catalan Association of Athletes Against Drugs And since January 1993, advisor to the Spanish Federation in the walking category, an organization in which he was the women’s national coach in the 90s.