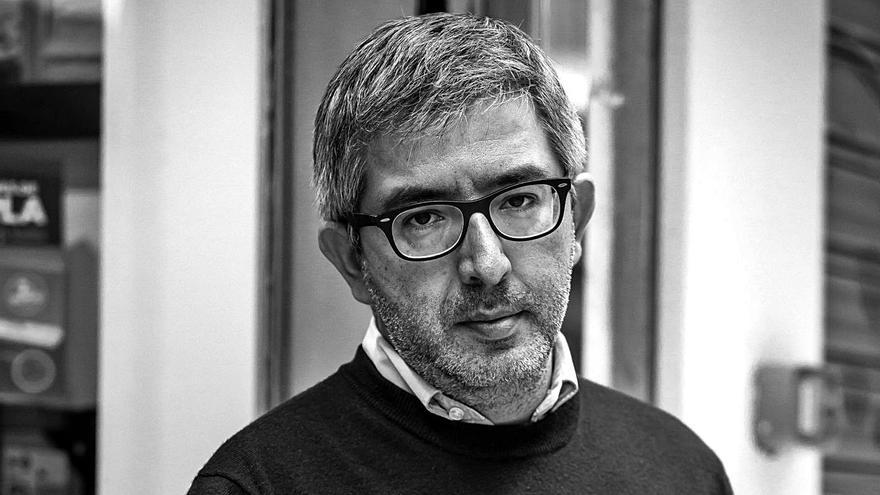 To take charge of the interview type: Did you know you were writing the book of the year?

I’m not that pretentious, and I’m not sure why it happened either. Many good books fail to resonate, and others connect with a need. The story that society was waiting for has never been so obvious as in Homeland.

When speaking with the priests of the time, they reproached me that “you who write about more or less serious issues, why do you dedicate yourself to explaining the life of Quintà”. I would go over that litany to them to show that it is a gruesome story but one that deserved to be told. Few journalists were so important in Catalonia between the 70s and 80s.

Doesn’t a son of a driver have the right to succeed?

Sure, but Quintà triumphs because he is the son of Josep Pla’s driver, a position that leads him to the then very limited knowledge of the economic elites. And the hatred he felt for his father was decisive in his ambition.

Have you had the courage to read it? I want to get rid of the books of the process, useless and addictive. According to an official catalog, there are currently around 700 titles.

And going back to Pla?

What differentiates Quintà from a Pedro J. or a Juan Luis Cebrián?

I don’t know them, but they seem to me to be sides of the same coin, that of the adviser to princes, where the power of your environment allows you to call the Prime Minister and advise him on appointments of ministers. It was not Quintà’s goal, possessed by the despot’s ambition.

Disappoint yourself, it happens that a good director is always a tyrant.

One of the theses of the book is that, contrary to deontological rigor, cynics do serve this job, and it is naive to think otherwise.

Does Quintà’s life foreshadow the murder of his partner?

Fucked question this. The psychologists and psychiatrists I consulted refer to psychopathic traits, there is the rumor that he had killed two people, Àngel Casas acknowledged that they had failed with a horrible man. And the sentence, “what had to happen has happened.”

Wasn’t it scary to give so many names in the book?

I had the advantage that it is very difficult for someone to speak well of Quintà to you, just as now everyone tells you bad stories of the Emeritus, a fallen idol. In 2014 a world ends, with the sinking of King Juan Carlos and Viceroy Jordi Pujol.

Did Pujol buy Quintà and other journalists?

“Buying” is a beast, it seems excessive to me, but Pujol is fascinated by journalism and is aware that a political power needs a media arm. He is also attracted to bad guys like Quintà or Prenafeta. This is how the decisive and hegemonic gaze of the Catalan national perspective is built, through a quality mass medium such as TV3, more subtle than indoctrination.

I would have preferred that we talk more about The Conspiracy of the Irresponsible.

Everything the process touches turns to shit. With the pardons, the intoxication will return. There will be no state loyalty, the PSOE lacks courage, the PP will take advantage of the measure to harass the Government and the independence movement will not accept that the pardon is the recognition of defeat.

They put you in the squad of equidistant.

Yes, and I would rather be among the equanimous, although even I find it difficult not to heed the call of the patriotic tam-tam. You have to deconstruct the national culture.

You shared the bedside with the fallen Pilar Rahola.

I am a collaborator of La Vanguardia and I am not irreplaceable. I know what the reduction in the salary of collaborators has been, and my level was not at all comparable to Rahola’s. For me, the company’s decision comes from crossing the data of the number of readers with the income of the columnist.

Reveal the first paragraph of your Pujol obituary.

When Pujol and his wife caught COVID, I started writing obituaries. «He is the most prominent figure of the second half of the 20th century in Catalonia, a profound connoisseur of the mechanics of politics unlike most Catalan politicians. He created a new ruling class, and established a Faustian pact with the power that ended up devouring his own myth.

It serves without changing a comma for Juan Carlos I.