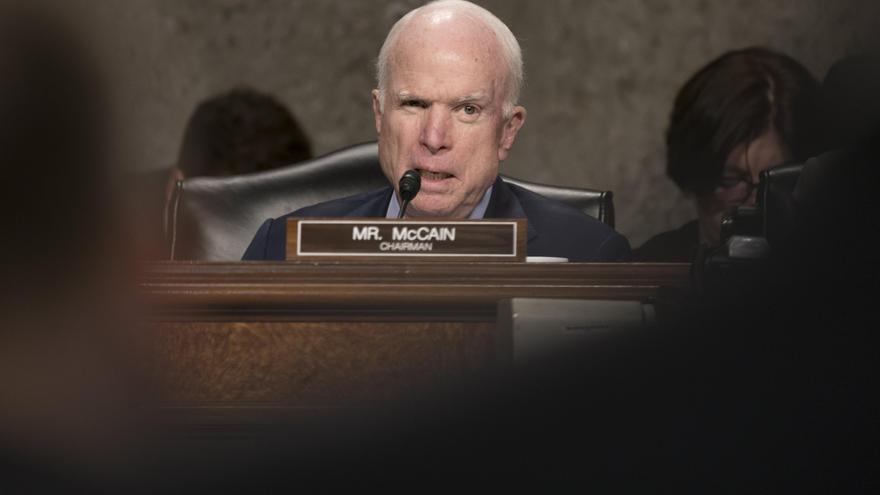 Los Angeles (USA), Jan 13 (EFE) .- John McCain, the former senator from Arizona (USA) who died in 2018 and was the Republican candidate for the White House in 2008, will have a film about his life in which his relatives will be involved.

"We are honored to celebrate the courage and character of John McCain working with his family and loved ones to produce this inspiring American story," Stampede Ventures noted today on Twitter.

This company has been left with the audiovisual adaptation rights of the book "The Luckiest Man: Life With John McCain", a biography about the former senator that Mark Salter wrote.

US media such as Variety detailed that the script for this biographical film about McCain will be written by Salter with Craig Turk, who has worked on series such as "The Good Wife" or "FBI".

Cindy McCain, the former senator's widow, will serve as an executive producer on the film.

"John's story is a story of incredible heroism, of serving causes greater than self-interest," he said.

"There is no better time to tell her. I am excited to share her life and her legacy, and to know that this film will be a tremendous inspiration to people around the world."

McCain, who died in 2018 at age 81 from brain cancer, was one of America's most prominent political figures in recent decades after serving as a prisoner of war in Vietnam and serving as a senator from Arizona for more than 30 years.

McCain was the Republican candidate in the 2008 presidential election, in which he lost to Democrat Barack Obama.

In addition, he was one of the most critical Republicans of Donald Trump, a rejection that led him to be the subject of insults by the US president through social networks.

His relatives have continued to criticize Trump after McCain's death and, for example, his widow supported Democrat Joe Biden in the last November elections.