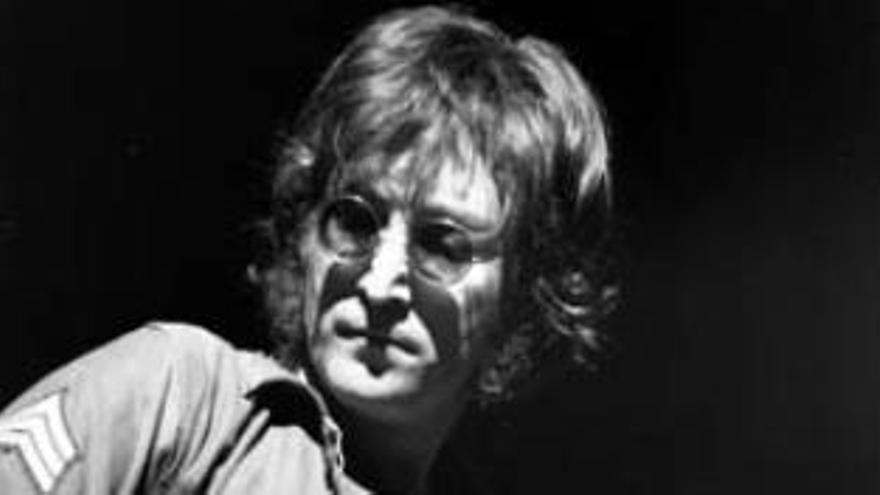 In the morning of December 9, 1980, after learning of the murder of John Lennon The night before at the doors of the legendary Dakota building, next to New York’s Central Park, Juan de Dios Sánchez Mas, 14, burst into class with his inseparable Hernando, his doppelgänger, with the face of Marlon Brando in ‘Salvaje’, irate , arrogant, cocky, a manual rocker, tweaking his toupee like Eddie Cochran and pulling up the lapels of his leather jacket bought at the Rastro. That cold Vallecano winter morning at the priest’s college, Sánchez Mas exclaimed: “They have killed Lennon! First they killed Elvis and now they have killed John!”. I, who came with the news from home, thought between doubts: “Did they kill Elvis?”

And the two 14 year old boys they plummeted into their desks, seemingly dejected, not without a certain imposture, as if they were forced to publicly show their regret for the death of the idol. Sánchez Mas, running his fingers through that matted and sticky hair, and Hernando, his helpful clone, at his side, who was only nodding, dedicated the half hour of recess to rip off his particular conspiracy theory about the beatle’s tragic murder at 10:40 p.m. on December 8, 1980, New York time, at the hands of Mark David Chapman, the disturbed fan who unlocked him five shots from behind, in the presence of Yoko, hours after the musician autographed the cover of ‘Double fantasy’.

40 years have passed. Many of us who are already over half a century remember how we learned of the assassination, in the same way that we can describe in some detail the day of Carrero’s murder, Franco’s death or 23-F. Such precision in the collective memory evidences the capital importance of John Lennon in history of the music in particular and art in general, and values ​​him as a creator of masterful and memorable pieces, without which the evolution of contemporary music and poetry would not have been possible.

The hagiographic history of John Lennon cemented his legend with the Beatles and was just consolidated after his murder, based on song lyrics and more or less ingenious phrases that have filled the walls of many cities with graffiti, scribbled textbooks and, in recent times, spiced millions of anonymous biographies on the Internet.

Lennon was a great musician, although not a thinker, which has not prevented unconditional fans such as Sánchez Mas and Hernando, then on the eve of adolescence, have found in the particular greguerías of Liverpool a peculiar compendium of philosophy of walking around the house long before the sweetened assertions of Paulo Coelho that they triumphed years later on millions of Facebook walls. Here are ten of them and a bonus track.

1. “Living is easy with your eyes closed.” Thus begins the second verse of ‘Strawberry fields forever’, one of the discarded pieces of ‘Sgt. Pepper’s’ which was released as a single in February 1967. It continued like this: “Misunderstanding everything you see. It’s getting difficult to be someone, but everything works out fine.” An almost nihilistic piece of undeniable preciousness, whose lyrics were reported decades later in the cinema by David Trueba and Javier Cámara.

2. “1 + 1 = John + Yoko. Simple math”. For a long time, much to their regret, the Beatle’s couple became one of the most detested people by the fans of the quartet, as the Japanese artist was attributed the separation of the ‘fab four’, after distancing themselves from the others. three members. That thought, debatable according to the source, gave rise over the years to the establishment of another memorable phrase of undetermined origin: “It’s all Yoko Ono’s fault”.

3. “In my life I have only had two friends, Yoko and Paul”. Good good. True and false at the same time. Unconditional friends since adolescence and in the early years of the quartet, then it seems that they were not so much, but if McCartney is to be believed, who dedicates songs live to his “friend John”, they possibly would never have composed between the two immortal themes without that emotional heritage. In 1971, John dedicated to Paul How do you sleep? ‘, One of whose verses read: “The only thing you did was’ Yesterday’ [ayer], and since you left you are just one more day. ”

Four. “I am not The Beatles, Paul is not The Beatles. The Beatles are The Beatles. Separately, they are separate”. April 14 is commemorated in Spain the day the Republic was proclaimed in 1931 and the whole world the date on which Paul MCCARTNEY He wrote to Apple Records by letter urging that the arrangements on ‘Leti t be’ not be played. That led to a lawsuit in court over the contractual relationships of the group and the beginning of the end of the band, which would no longer record.

5. “We are more popular than Jesus”. He was referring to Jesus Christ. The phrase was evidence and solemnized the obvious, although uttered in the 1960s, English newspapers gave it more significance than it really was. The whole sentence was this: “Christianity will go away. It’s going to shrink and disappear. I don’t need to argue, I’m right and time will prove it. Right now we are more popular than Jesus. I don’t know what will go before, rock or rock. Christianity”. The Beatles were cannon fodder for the tabloids and the occurrence turned into blasphemy. Asked by a journalist, Paul came out to defend his friend and came to say something like who was to blame for the controversy, John for saying that or the journalists for spreading it hard? The eternal debate.

7. “Mahatma Gandhi and Martin Luther King are great examples of non-violent beings who died violently. That can never work. We are pacifists, but I’m not sure what it means when you are a pacifist and you get shot. I can’t understand that. “Given how he died, the phrase makes him a visionary. John and Yoko made peace their flag. They both posed naked to stop wars, he composed ‘Imagine’ and ‘Give peace a chance’, he was a militant pacifist and a non-violence activist, paradoxically killed by five shots.

8. “We live in a world where we hide to make love, while violence is practiced in broad daylight”. One of those headlines that any journalist would pay for today.

9. “Since you are born … they drug you with religion, sex and television”. In the 70s, whenever he had the opportunity, John Lennon took it upon himself to retaliate for that image of exemplary and funny boys that the Beatles’ manager, Brian Epstein, made for them with such success. In an art scene dominated by scoundrels (the Stones, the Who, the Kinks), the quartet made animated films and ran in front of the girls and not behind, like Jagger, Richards and Jones. Without that pressure, once his solo career began, the garrulous Lennon appeared as an ingenious intellectual, always with the answer ready and the gun loaded and without a single hair on his tongue.

10. “Each person is the reflection of the music they listen to”. The absolute truth for the music lover, the one that gives us away in the summary of the year that he gives us Spotify, the abysmal difference that differentiates the Led Zeppelin lover from the reggaeton addict.

eleven. “Ringo wasn’t the best drummer ever. In fact, he wasn’t even the best drummer for the Beatles.”. Lennon never said such a thing, but given his keen loquacity, the phrase could have been his. John considered Ringo an essential part of the quartet. The statement – ingenious, it must be said – was made on television by an English comedian in 1983. Such is the magnitude of John Lennon as a character in history, that he has ended up generating apocryphal phrases that could well have been his. But no. As an author he was so great that it is difficult to know where his genius would have gone if a disturbed person had not approached him on December 8, 1980. He was 40 years old. Imagine.