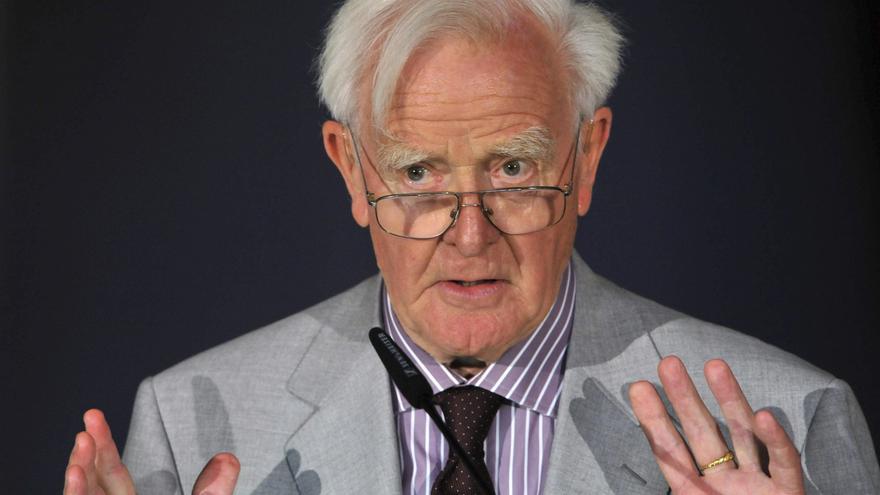 Madrid, Dec 13 (EFE) .- John Le Carré's novels are purely cinematographic material, so much so that it has been easy to maintain their essence in the leap to the big and small screen, with excellent adaptations, such as "The spy that emerged from cold "," The faithful gardener "," The mole "or" The infiltrator ".

Spy stories have always given a lot of play in the cinema and Le Carré's were confirmed from the beginning as a material practically ready to see in the cinema.

The first of the adaptations of his novels was the one that Martin Ritt made in 1965 of "The spy who emerged from the cold", just two years after its publication.

It was Le Carré's first bestseller and its faithful translation into film immediately became a film classic, supported by the superb performance of Richard Burton, who was nominated for an Oscar for his work.

"The Drum Girl", starring Diane Keaton and directed by George Roy Hill, was released in 1984 and kept the standard. One of Le Carré's most popular novels, which was adapted again, this time for television just two years ago.

In 1990 it was the turn of "The Russia House", with Sean Connery and Michelle Pfeiffer and a script by Tom Stoppard, which was a worthy adaptation although it has endured badly over the years.

And in 2005 came the most remembered film of those based on the novels of the British writer, "The Constant Gardener."

Based on the homonymous book published in 2001 focused on the intrigues of the pharmaceutical industry, this film marked the launch of the Brazilian Fernando Meirelles in international cinema after "City of God".

The performances of Ralph Fiennes and Rachel Weisz - winner of the Oscar for this film -, the spectacular chromatic treatment and the beautiful score by the Spanish Alberto Iglesias - nominated for the Oscar - guaranteed the quality of this film, which achieved that, for the first time, a Screenplay based on the writer's material will be eligible for the Oscar.

The perennial pull of espionage in the literary and cinematographic was explained by John Le Carré himself when, in addition to lending his novel "The Panama Tailor" to John Boorman, he produced and wrote the script for his film adaptation, premiered at the Berlinale of 2001 and already oblivious to the bipolarity of the Cold War.

"It is possible that with the fall of El Hierro Curtain the spies have lost strength in terms of narrative, but they are still there. There will always be spies in the world," said the writer at the time, for whom the only difference is that spies nowadays "They are not moved by ideals but by money."

That film was not one of his best-received adaptations, despite performances by Pierce Brosnan, Jamie Lee Curtis and Geoffrey Rush.

Yes it is among the best adaptations of his texts "The mole" (2011), directed by the Swede Tomas Alfredson, with a spectacular cast led by Gary Oldman, accompanied by Colin Firth, Tom Hardy, John Hurt or Benedict Cumberbatch.

The book, written in 1974, had a brilliant television adaptation in 1979 starring Alec Guinness, but Alfredson provided greater restraint, a clearly pictorial image and an elegant classic cut, underlined by another great score by Alberto Iglesias, once again nominated for an Oscar. .

"It was the best script I read this year and it didn't take me long to decide," Colin Firth explained to EFE after the film was presented at the Venice Film Festival.

Anton Corbijn was in charge of the following adaptation, "The most wanted man" (2014), with one of the last interpretations of Phillip Seymour Hoffman, who would pass away the following year. A more exciting film than other films based on Le Carré's literature.

The last outstanding translations have been two television series. The aforementioned "The Drum Girl" and "The Infiltrator", with Hugh Laurie and Tom Hiddleston, in which the Danish director Susanne Bier who knew how to maintain the elegance of the characters drawn by Le Carré in her novels and who was one of the the most outstanding series of 2017, with three Golden Globes (Hiddleston, Laurie and Olivia Colman).

Also recently announced was a project to re-adapt "The Spy Who Came from the Cold" for television. An example that spies, the Cold War and, above all, Le Carré's cinematic vision, do not lose their validity.