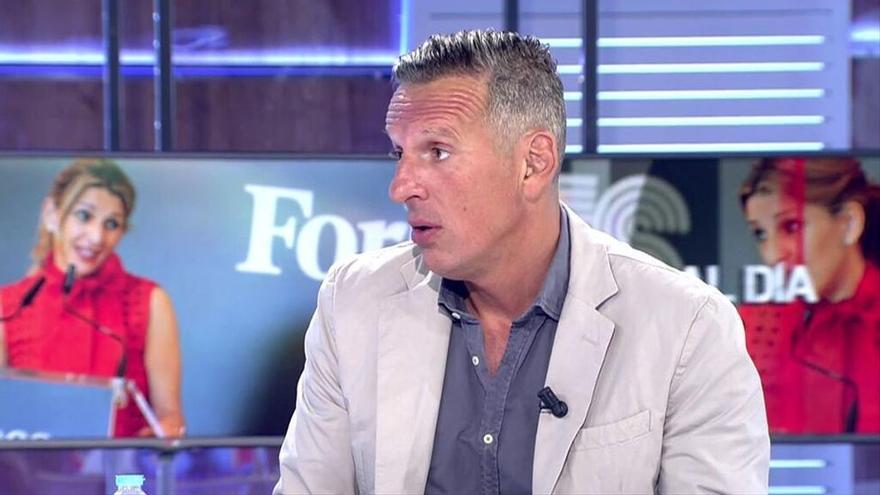 Yolanda Diaz generated a great controversy proposing to leave behind the word “homeland” and replace it with “motherland”. Since then, many current affairs programs have been those that have put this debate on the table and Joaquín Prat did not hesitate to do so in ‘Cuatro al Día’, showing his discomfort with the second vice president of the Government.

“The motherland is something that cares for, that treats all parties equally. That territorially gives more to those who are more unequal, that gives less to those who must give less,” said the minister in the introductory video of the debate in the program.

The presenter, after consulting the definition in the RAE, explained: “I have consulted the definition of homeland and I do not see any pejorative charge in it. In the RAE it is said of the native or adoptive land ordered as a nation, to which the human being feels linked by legal, historical and emotional ties. The other meaning is much simpler: place, city or country in which one was born ”.

For his part, Prat, ended up saying ironically: “I understand that what the minister understands is that the country, unlike the motherland, submits, discriminates, is unsupportive”. Once the turn of the contestants, Cristina Cifuentes wanted to give her opinion: “Really, does anyone think that any Spaniard is concerned about this? Opening this debate is a surreal thing, a joke, especially with the one that is falling “.

On the other hand, Javier Ruiz qualified the words of the minister: “We live in a macho society in which a woman earns 400 euros less than a man or has a lower pension than men.” We have to talk more about machismo in this society before we get to this detail of the motherland ”.