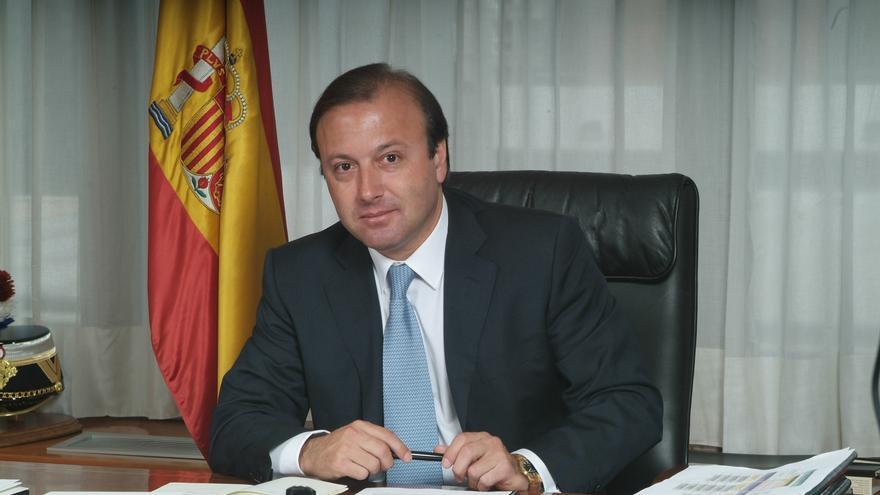 The former director general of the Civil Guard and the National Police Joan Mesquida died this Monday at the age of 57 as a result of cancer, as indicated by the Armed Institute on its official Twitter account. In his last political stage he has served as the Deputy Secretary General of the National Executive Commission of Citizens.

Joan Mesquida came to the Government of Zapatero from the Balearic Autonomous Executive, where he served as Minister of Finance and Budgets of Francesc Antich. His first assignment was Defense, as General Director of Infrastructure for the department headed by José Bono. In April 2006, when the idea of ​​putting a military man back at the head of the Civil Guard failed, he was appointed director of the armed institute. His predecessor, General Gómez Arruche, had to leave for the management of the death of a citizen in the El Ejido quarter (Almería) after being beaten by the agents.

Mesquida, a consultant rather than a professional politician, immediately set a strong media profile at the head of the armed institute. A hard worker and lover of detail, it was Alfredo Pérez Rubalcaba’s solution when in 2008 it was necessary to justify the departure of the General Directorate of the Police of Víctor García Hidalgo, punctuated by the tip-off to an ETA extortion ring. To disguise his dismissal, the unification of the General Directorates of Police and Civil Guard was sold and Mesquida was elected to the position.

The position accumulated, however, a power that immediately brushed against that of the then Secretary of State and number two in the Ministry, Antonio Camacho. Mesquida never renounced the leadership of such a position and, as his later political career would show, he did not hide his aspirations.

When Zapatero revalidated his victory in 2008, Rubalcaba had to choose, and stayed with Camacho, who later would succeed him as Minister of the Interior. Mesquida was sent to the Secretary of State for Tourism, again with an argument imposed, but this time to his detriment, that of his knowledge in the sector – he had created the eco-tax in the Balearic Islands.

Two years later, the Secretary of State would be reduced to a general directorate. Mesquida’s next stage in the PSOE consisted of pretending as a candidate for general secretary more through his positions on social networks than as a candidate with real support within the party. That pilgrimage ended with the signing by Ciudadanos and the end of 32 years of militancy in the PSOE.

Joan Mesquida was one of the star signings of Albert Rivera as an independent for the campaign of the general elections of April 2019 along with another cast of former leaders of the PSOE and the PP. In 2018 he had announced that he was leaving the PSOE due to disagreement with the proposals of the Catalan sovereign process and shortly afterwards he joined Ciudadanos, like many of those others who ended up joining the project, among them the former leader of the PP José Ramón Bauza, who had occupied the presidency of the Balearic autonomy.

In those 28A elections, Mesquida won a seat for the Balearic Islands in Congress, being appointed deputy spokesperson of the parliamentary group, spokesperson in the Interior Commission and second Vice-president of the National Security Commission.

In the following general elections on November 10 – in which Ciudadanos lost no less than 47 deputies at once – the Mallorcan politician was unable to revalidate his seat and announced that he was going to request re-entry into his seat as an official of the Calvià city council. However, after Rivera’s resignation, Mesquida was appointed deputy spokesperson for the manager who piloted the transition from the formation to the extraordinary General Assembly that culminated in the appointment of Inés Arrimadas as president of Ciudadanos after undergoing a tough primaries. The new party leader decided shortly after to return to Mesquida as an advisor to the parliamentary group to finally integrate him into the Standing Committee, the hard core of its expanded Executive.

After knowing his death, Arrimadas has assured in a tweet that they are “devastated by the death” of his “colleague Joan Mesquida”. “An extraordinary person, a loyal friend and a statesman. Until the end he kept intact his will to live and his illusion to improve this country. How much we are going to miss you, my friend. DEP”, has published the president of Ciudadanos.

His colleagues emphasize his moderate nature and always open to dialogue. Desolation reigned at the Citizens’ headquarters on Monday when they learned of his death despite knowing that his illness was progressing rapidly, which prevented him from participating in the party’s activity.