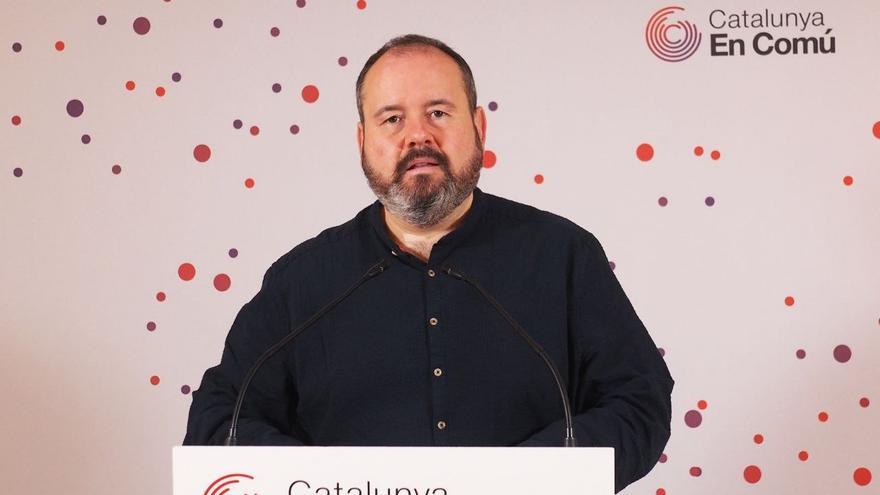 The spokesperson for En Comú Podem and deputy in Congress, Joan Mena, denounced this Thursday the insult of the deputy of Vox Reyes Romero in Congress. As Mena has reproached, Romero would have called him a “pervert” after defending sexual education in the classrooms against the parental veto that Vox will impose in Murcia now that the PP has given him the Ministry of Education.

At the moment, Mena has requested the intervention of the president of the Commission to obtain the rectification and apology of the deputy, but he has assured not to have heard the insult, although he has asked the groups not to avoid this type of behavior. “It seems very serious to me that in this House there is a group, no matter how far-right, that insults another parliamentary group,” said the spokesman for the ‘commons’.

The Vox deputy spoke with the closed microphone and the insult has not been recorded on the video, although her complaint is heard about the denomination of “ultra-right” towards her party and her refusal to apologize.

The event comes a day after Iñigo Errejón, leader of Más País, received an inappropriate comment in Congress, with the intention of discrediting, by a deputy of the Popular Party after his speech on mental health. The reaction, which has gone viral and has been condemned by many deputies, has also unleashed a movement on social networks to destigmatize mental health problems.