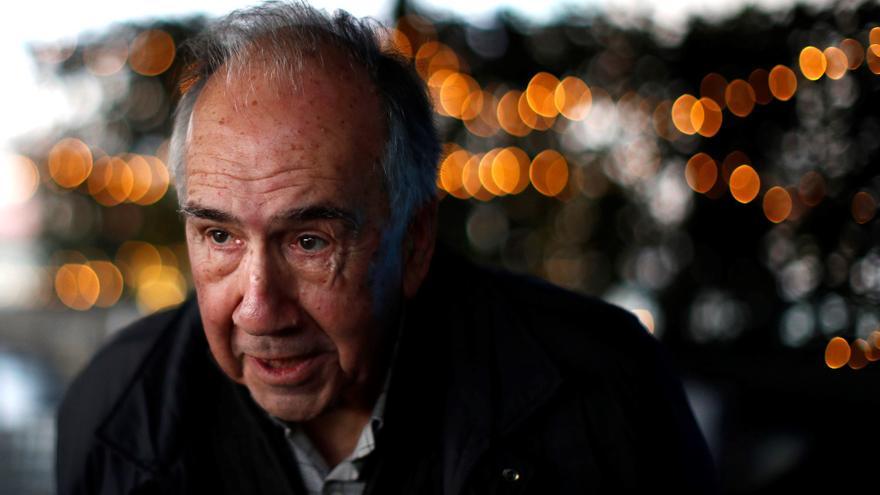 Barcelona, ​​Feb 16 (EFE) .- Joan Margarit was an outstanding and awarded architect, member of the team that won the International Competition for the Barcelona Olympic Ring and author of the project and direction of the structure of the Gaudinian temple of the Sagrada Familia, although his constructive side was somewhat eclipsed by his enormous poetic work and his rise to the literary Olympus.

After studying Architecture in Barcelona, ​​Margarit was a professor and professor of Structural Calculation at the Higher Technical School of Architecture in the Catalan capital and in 2003 he entered the Royal Academy of Engineering.

In the development of his professional career and, in collaboration with his partner and friend Carles Buxadé, he projected numerous works, including the Dome of the Fernando Buesa Sports Pavilion, in Vitoria, the Olympic Stadium and Ring of Montjüic (in collaboration with F. Correa and A. Milá) or the Museum of Science and Technology of Catalonia, in Terrassa.

He also participated in the reinforcement of the Columbus Monument, in Barcelona, ​​in the reinforcement and restoration of the Clock Building of the Barcelona Industrial School, in the restoration of the Sant Pau Hospital Tower, in the Complex of the Villa Universitaria de la Universitat Autònoma de Barcelona or at the Municipal Institute of Medical Research at Hospital del Mar, in Barcelona.

His projects include the Sitges Highway Toll, the Real Oviedo Stadium and the University of Barcelona Science Park. It was also selected, together with the teams of Ricardo Bofill, Santiago Calatrava and Norman Foster, for the Barcelona Telecommunications Tower competition (April 1988), which was finally awarded to the British architect.

He also won the Prize for the Promotion of Decorative Arts (FAD) 1990 for the remodeling of the Montjüic Olympic Stadium, a FAD Mention for the rehabilitation of the Clock Building (1990), he was the FAD Prize for the collaboration in the Municipal Palace of Sports and Barcelona Municipal Sports Center of Pelota and National Prize for Sports Architecture (2000).

These titles were followed by “Spatial Meshes in Architecture” (1972), “Calculation of structures with frames and screens” (1977) or “Analysis, Design and Construction of Braced Domes” (1984), a volume published by the University of Surrey in collaboration with 24 specialists from around the world.

Despite her intimate relationship with construction works, Margarit confessed in some interviews that architecture only touched her on rare occasions, and once she succeeded, a large metal dome that she built together with Carles Buxadé in Vitoria, for the former the Fernando Buesa pavilion, which he chose for the cover of his collection of poems “Calculation of structures”, was demolished in 2011 to build another larger pavilion in its place.

A year later, in her book “The signal is lost”, Joan Margarit would dedicate this poem to the missing dome, whose structure she loved and was among her favorite works.

When I was a young man I raised El Hierro structure of a dome. / A few months ago it was demolished. / View from the place where it is ending, / Life is absurd. / But the meaning is given by forgiveness. / Each I think more about forgiveness. / I live under its shadow. / Sorry for an iron dome. / And forgiveness for those who have now demolished it.

And even without explicitly looking for it, architecture has been very present in Margarit’s poetic work, either because of the numerous references to it that she transmits to her poetry books, or because many of her twentieth-century poems are written during the construction of large buildings to over long stages, as in the cases of the Montjuïc Olympic Stadium, the University Village of the Autonomous University, the Terrassa Science Museum, or 30 years in the team that calculated the structures of the Sagrada Familia.