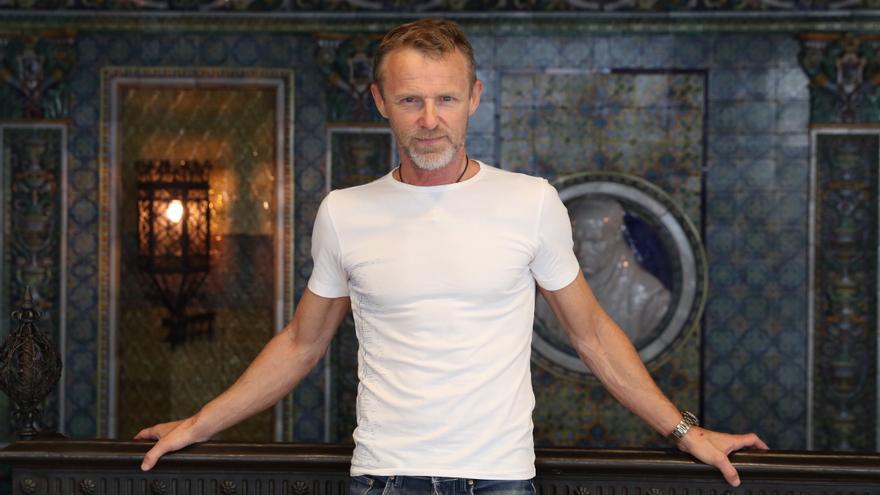 Barcelona, ​​May 6 (EFE) .- The Norwegian writer Jo Nesbo takes the biblical myth of Cain and Abel to his latest work, “The kingdom”, in which he abandons the typical codes of the crime novel, because, as he says, ” the important thing is not the genre, but the stories that are told. ”

“The kingdom” (Reservoir Books in Spanish and Proa in Catalan) is located in the moors of Norway, at the top of a mountain, at the end of a curvy road, where an old farmhouse where the lonely Roy lives stands. , who runs the family gas station in town.

His routine days end when his little brother Carl returns, who fifteen years ago left to study in the US after the death of his parents in a car accident; and he arrives with his beautiful wife, Shannon, an architect with whom he plans to build a large hotel to enrich himself.

In the presentation this Thursday of his new novel, Nesbo has considered that the genre “is not so important, it is only the meeting point for the author and the reader, a framework for a story.”

Wearing an English cap, Nesbo, who is the singer of the Norwegian rock group Di Derre and who during the press video conference has threatened to play his latest song on guitar, believes that “the crime novel served since the 70s in Scandinavia to address political literature and that ended up attracting many new talents who saw the genre as an efficient narrative vehicle “.

If in the series by inspector Harry Hole Nesbo consciously chooses to “assume the stereotypes of the crime novel trying to fit the character into that tradition”, in “The Kingdom” he flees from stereotypes.

In fact, he admits, there are “influences from the ‘thriller’, but also from American family tragedies in which the engine is personal ambition or a love story.”

In “The Kingdom” the author of the series Harry Hole builds a contemporary novel about human passions and inordinate ambitions.

The starting point, Nesbo reveals, is in a comment his father made to him twenty years ago: “My father was a very rational and just man who believed in good and evil; and he had a dispute with his neighbor over a territorial issue as a result of a new law “.

When Nesbo told him that you had to take into account both points of view, his and that of the neighbor, his father replied that when talking about the family there is only one point of view, that of your family: “You choose your family above good and evil. ”

Nesbo acknowledges that, “as most of the stories are based on tradition, in ‘The Kingdom’ there are similarities with the story of Cain and Abel in the Bible, because there are two brothers, with a complicated relationship between them, and with tragedy hovering over them, as is usual in my narrative. ”

To narrate that bond between Roy and Carl, Nesbo himself delved into his relationship with his little brother, with whom he played on the same soccer team and played in the same music group.

Although the story of “The Kingdom” may seem that it is marked by “fatality”, the Norwegian writer believes that “there is also optimism, because the tragedy is part of the past.”

Another protagonist of the novel is the rural environment in which he unfolds, inspired by the place where he spent his summer holidays, in which “after a while you have a claustrophobic feeling, especially when you are young and you feel that You cannot escape the perception of who you are that the neighbors have. ”

People, remember, go to big cities to “be more anonymous and depend less on the gaze of the other, while your place within the herd in a rural setting is more obvious.”

This rural setting forms “a kind of microcosm” and Carl’s return to town with the ambition of gaining power and gaining the esteem and admiration of the neighbors is the same that the writer saw in the town on his vacation.

The main difference that Nesbo sees between his independent novels and those of Harry Hole “is not the place, nor the time nor the characters, but the narrator.”

In those of Hole, the narrative time is in the third person, while in the independent ones it resorts to the first person: “In this way, you enter more into the mind of the character and the story, although you don’t know if you can trust the narrator , but it also allows you to use humor more. ”

Nesbo, who has worked as a screenwriter for television, believes that “for a long time, the series were the most cutting-edge part of the narrative, but now I’m afraid experimentation is fading in favor of ensuring commercial success.”

Since he recently read “The Bathroom” by Jean-Philippe Toussaint, Nesbo has not read fiction and shows through the screen the books that now occupy his reading: a biography of Stanley Kubrick and three others related to music, about Beatles, Tom Petty and Joy Division.