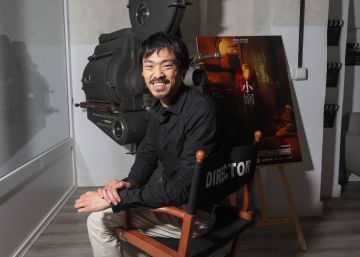 Short film Xiao Xian It is a small work that has become giant. It was recorded for three and a half days, in June 2018, as the final work of a film master's degree, with dialogues in Mandarin. But this Monday became the first production in that language, and shot by a second-generation Spanish, the son of Chinese parents, who He receives a nomination for the Goya. On January 25, at the Spanish cinema awards gala in Malaga, he will compete in the fiction short film category. The work can be seen from today until the ceremony, on the website of EL PAÍS.

The director, Jiajie Yu (Barcelona, ​​30 years old), still with the joy visible in his gestures, explains that the nomination, in addition to opening opportunities in the world of cinema to the children of immigrants in Spain Like him, it serves to portray in a more natural way the Chinese community residing in the country. “It is a way to create a new voice in the Spanish industry. To say: ‘Well, there are also people who propose other film styles,” he said Tuesday at the headquarters of the International Center for Photography and Cinema (EFTI), in Madrid.

“And what is your short film about Spanish?” They asked the director when commenting on his work. For now, he himself, its creator. And the producer. The filmmaker adds: "This is as Spanish as any movie." And he argues by saying that although his title is in Chinese, the actresses are Chinese and the dialogues are almost all in Mandarin, situations created in short fiction can happen, almost daily, in any city in Spain. Like integration into a culture: the main characters abandon their dialogues in Mandarin for a few seconds to speak in impeccable Spanish. Or as the location of the story that, although never made explicit, is suggested in a sequence that takes place in a street that many Madrid people can identify.

The reason that the director finds to explain that his production now rubs shoulders with the elite of Spanish cinema is in the enthusiasm and dedication of the people who worked on the project. Xiao Xian, which lasts 17 minutes, tells the story of a demure young woman of Chinese origin who works in the tailoring of her family and ends up wrapped in a night full of emotions, feelings and, in the long run, in the search for herself. “We get together a very ambitious group of people. Thanks to that, the project gradually grew. We exceed our expectations and that has made us go so far, ”says Yu.

Although, in fact, somehow they had already planned everything. "Imagine we came to the Goya," they commented while the short was brewing. But they said it as a joke, because the nomination they met this week was beyond any calculation. That explains that the atmosphere that these days breathe in the EFTI is of pure happiness.

Part of the wealth of the short lies in normalizing the integration of the Chinese community in Spain beyond clichés and prejudices. It also seeks to do it with a photograph taken care of to the maximum, precise lighting and a language that, beyond the dialogues, draws on gestures, sounds, looks and silences that speak. “I usually work from the visual, and that has a lot to do with the senses. I like to convey feelings or emotions more than a message, a moral, a moral position or something vindictive, ”explains the filmmaker.

Empowerment, liberation and awakening. These three nouns may well summarize the message you seek to convey. Xiao Xian, that abounds in elements and symbols, and that touches several edges by including characters that represent communities that, throughout history, have been discriminated against: women, homosexuals, migrants. And his sons.