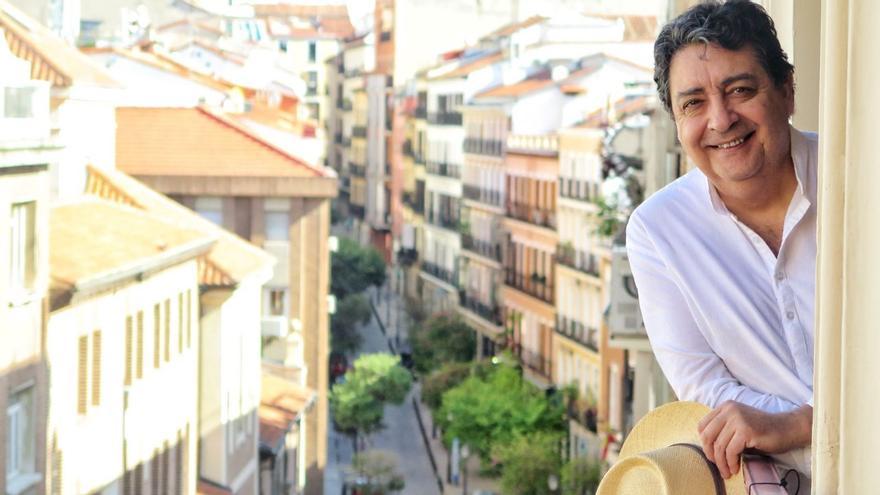 The magazine could be called The coffin, Coffin or Funeral services, but ended up calling Bye. “If the magazine of life and heart was called Hello, ours had to be called Bye“explains funny Jesús Pozo, director of the only printed magazine in Spain that deals exclusively with the subject of death and funeral matters from a cultural and artistic point of view. From the other end of the phone, he remembers how between him and Nieves Concostrina, its editor-in-chief, christened this publication 25 years ago.

In 1986, the Funespaña funeral company commissioned them to come up with a magazine project. They wanted them to propose an idea to mount a gazette related to the sector, but that it was not a straightforward catalog of types of ballot boxes, but that it encompassed many more dimensions of a subject that normally no one wants to talk about. Death then and today is a taboo, a matter that is usually relegated to the most familiar intimacy.

“I was already out of Diary 16. We accept it with all possible precautions. As a journalism professional, the last thing that comes to your mind is to make a magazine that deals with death, “explains Pozo, still with traces of disbelief. From the first moment, they were clear that it was necessary to talk about death from an artistic and cultural perspective. According to its director, there lies a large part of its success. The publication has 150 issues. “We dedicate 25% or 30% to the funeral sector in general and the rest have cinema, poetry, art, history, psychology, anthropology.” For just over a year they have also included articles related to historical memory.

Why is it so hard to talk about death? “Because it is frowned upon, because of fear,” replied the journalist, used to making these kinds of reflections. “People do want to talk in small meetings. What happens is that it is not well seen to talk about death on a social level,” considers Pozo and wonders at the same time why we should not talk about it or who benefits if not talk about it. “If death belongs to life, why shouldn’t we talk about death? Is it because the Church is the owner of pain, the inquisition and the horror of death? I leave the question there.”

To overcome the taboos associated with infant death, suicides or deaths during the pandemic, the magazine organizes story contests, children’s stories and short stories. Every year they receive hundreds of proposals, so Pozo maintains that there is a lot of desire to develop the subject, but that a way must be found.

The year of the pandemic has been a “very hard, very complicated” time for the magazine. “It has been a very silent year because you have information that you cannot transmit to public opinion,” he says ruefully. The year 2020 ended with an excess of mortality of more than 68,000 deaths and it was the year with the most deaths since there are records.

“You had the information, for example, of the number of deaths that we were really knowing and we could not make information by saying it because it could be more damaging in the face of the thousands of people who were locked in their homes,” he explains. They also knew that the deceased were being moved “out of Madrid because the crematorium ovens were not enough.” “It has been a very hard time.”

One of the most curious figures within the mortuary area are the undertakers. A few years ago the Sphere of Books proposed to Pozo that he write a book about gravediggers in Spain, which ended up being called Body present. Life, anecdotes and curiosities of 13 gravediggers. “I toured Spain looking for people who wanted to speak, because not all the undertakers like to say that they are or talk about their work,” he acknowledges. “All the undertakers I spoke to, 13 in total, wanted to be cremated,” says Pozo. “When they did the exhumations to move remains, they did not like what they saw at all.”

Live burials, QR codes on tombstones to find out more information about the deceased, screens on the tombstones or apps to say goodbye and connect with the rest of the family are increasingly common. “New technologies have fully entered the sector for years,” confirms the journalist and adds, on the other hand, that some Spanish cemeteries have also chosen to “install solar panels on top of niche buildings” . “They are places where it does not affect anyone to settle and where an amount of energy is generated, not only for the cemetery and its offices, but to distribute in that city or that town.”

All the novelties of the sector are presented every year at the international fair for funeral products and services Funermostra. And in this year’s edition there was a clear protagonist. The coffins inspired by the popular Netflix series ‘The Squid Game’ caused a sensation among journalists and visitors. “With everything that was being talked about there about new technologies, historical memory, psychology and the pandemic … but it turns out that what most interested the media is that there was a company that had the coffins of the Game of Squid, “says Pozo with some frustration, adding that there was also an exact reproduction of Tutankhamun’s coffin. “The star of the fair has been the coffin of the Squid Game, with the beast that is that series. Suddenly there are things that have a tremendous success”.

Although this is not the coffin that has attracted the most attention of Pozo in all this time. “The most striking and tacky was one that I saw at a Swarovski crystal fair, which I thought, who buys these things. I just hate shiny things. I’ve also seen gold coffins. I don’t understand why you have to bury a fortune of that level “. For Pozo, at the moment, the designs of the urns are much more interesting than those of the coffins: “The business is going towards incineration.”

How much does it cost to die? “People say that dying is expensive and I have always said that dying in Spain is very cheap. It costs zero pesetas. What it costs is the funeral service,” he says wryly. According to his calculations, in Spain these services can cost an average of between 2,500 and 3,000 euros. It all depends on the type of service you hire, the number of flowers you want, the car that moves the body or the coffin you choose. “The funeral service is the only payment that is made from a sale of something that the person who pays does not enjoy it, the dead person enjoys it. And this bothers many people because you, when you buy a car for yourself, you you are the one who enjoys it. But you are buying the funeral service from someone else and that annoys a lot of people, “he concludes.

For Pozo, all this controversy about how much it costs to die should be the subject of deep reflection. Compare the Spanish case with that of the Netherlands, where there are even nurseries in funeral homes to be able to take children to a burial, he highlights. Pozo believes that you have to go to cemeteries, and not just on All Saints’ Day. He proposes to go continuously, as happens in other European countries where their cemeteries are one more monument.