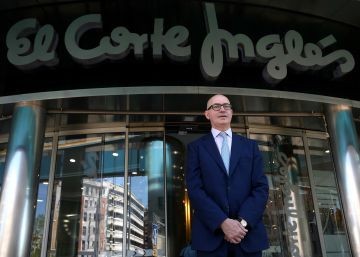 Jesús Nuño de la Rosa, former president and executive advisor of El Corte Inglés, has submitted his resignation and leaves “all his positions and functions” in the department store chain, the company said in a statement. The resignation, which has occurred voluntarily and friendly, according to the distribution group, which does not report the reasons, comes just six months since he was released from the presidency by Marta Álvarez Guil and a few days after he was removed from the address of two subsidiaries of the group, which ended up at the hands of the other CEO, Víctor del Pozo, who strengthens his power in the company.

Nuño de la Rosa was president of the company for about a year, between the dismissal of Dimas Gimeno in summer 2018 until election as president of Marta Álvarez Guil, daughter of former president Isidoro Álvarez, in the following summer. Before his election as president, he was CEO of the group, along with Víctor del Pozo. Since his departure from the presidency, although formally until today he held the position of CEO for some subsidiaries, his star in the group led by Álvarez seemed to decline, while Del Pozo, who remained as CEO of the retail subsidiary, the most important of the group with 80% of the sales, it became the true strong man.

Just a few days ago, De la Rosa was relieved from the headquarters of two real estate subsidiaries, as the Cinco Días newspaper announced, which became the command of Victor del Pozo. Recently, De la Rosa himself was in charge of stamping his signature on the sale of one of the subsidiaries he was in charge of, that of computer science, which the group transferred to the French conglomerate GFI.

However, sources in the department store chain have decoupled the resignation of this loss of responsibilities. According to the note, both parties “have reached an agreement whereby the latter [de la Rosa], voluntarily, he will leave all his positions and functions in the El Corte Inglés Group “. He adds that” the agreement between both parties, agreed in a climate of friendship and maximum cordiality, has been approved by the Board of Directors of El Corte Inglés , after the favorable report of the Appointments and Remuneration Committee “.” The English Court thanks Jesús Nuño de la Rosa for his dedication, dedication and loyalty in all the positions he has held in the Group throughout his extensive professional career ” , culminates the note.

De la Rosa was the fifth president in the history of El Corte Inglés and had the honor of being the first who did not belong to the founding family, a custom that returned to the company with the arrival of Marta Álvarez Guil, daughter of Isidoro Álvarez and cousin of Dimas Gimeno, who succeeded his uncle in 2014. De la Rosa held the post after the departure of Dimas Gimeno, discharged by the board of directors after a confrontation with his cousins, Marta and Cristina, who control most of the actions of the company through equity companies. Before joining the presidency, De la Rosa was the General Director of Viajes El Corte Inglés for two decades.