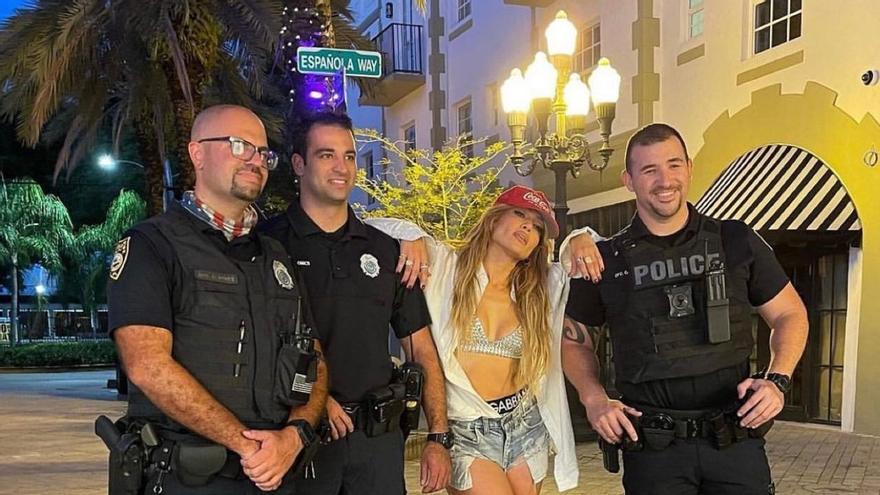 Miami (USA), Jun 9 (EFE) .- Jennifer Lopez and the Puerto Rican rapper Rauw Alejandro shot scenes for a duo video clip on Wednesday in iconic places in Miami Beach, of which no further details were disclosed.

Although the title of the video clip has not transpired, the filming permit from the city of Miami Beach was granted under the name "Avanza".

Jlo was radiant and full of energy, despite the fact that the recording lasted more than nine hours (it began on Tuesday and ended this morning), the PR company DeepSleep Studio reported today.

The actress and producer seems to be saying goodbye to Miami, which has been her residence lately, to return to Hollywood.

His company Nuyorican Productions will produce films and documentaries for Netflix, thanks to an exclusive collaboration agreement with the streaming platform.

The star is already working on two feature films that he will also star in: the action thriller "The Mother", directed by Niki Caro ("Mulan") and scheduled for release at the end of next year, and the film "The Cipher", which will adapt the homonymous novel by Isabella Maldonado.

An image released today by the Miami Beach Police Department shows Jlo wearing shorts and an unbuttoned white shirt, with a swimsuit underneath.

The artist appears leaning on the shoulders of two agents, while a third accompanies them, with the name behind one of the most touristy streets in Miami, the Española Way.

It is the picturesque street with atmosphere and Spanish restaurants where rapper Pitbull, JBalvin and Camila Cabella recorded their music video "Hey Mama".

On his Twitter account, Jlo published two photographs on Wednesday where he is seen in a red convertible with the same outfit from the filming with the Puerto Rican urban artist.

Rauw Alejandro released his new song and music video "Todo de ti" last May, whose sounds are inspired by the funk of the legendary James Brown, Bruno Mars and the nostalgia of the 80s.