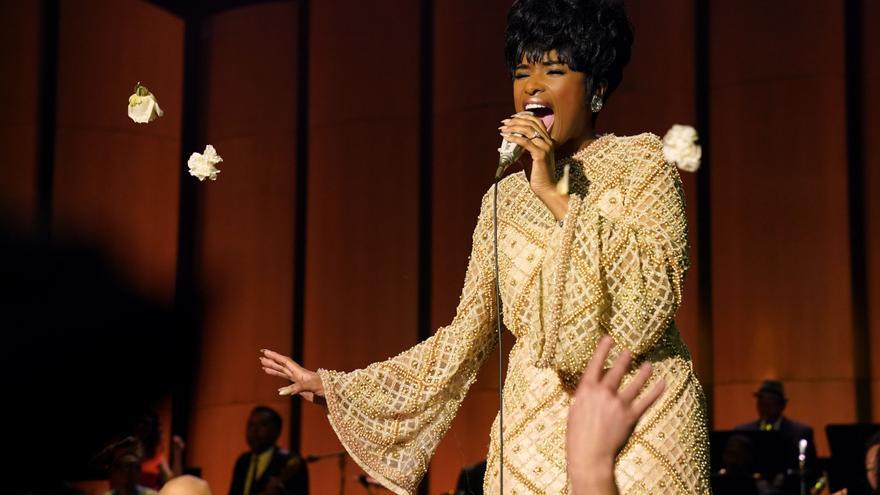 Los Angeles (USA), Aug 10 (EFE) .- Before her death in 2018, Aretha Franklin decided that Jennifer Hudson would be the actress who would play her in "Respect", the only autobiographical film authorized by the queen of soul , which opens this Friday in the United States after years of waiting.

"I remember our initial conversation, which was more than fifteen years ago, when we spoke for the first time about interpreting it. For me it has been a long process," Hudson told EFE in an interview about the most important role of his career.

The actress and singer, who became known in 2004 after her participation in American Idol and won an Oscar for her role in "Dreamgirls", came to forge a friendship with her great reference, the artist on whom she declared her admiration in the TV contest.

Life took so many turns that later he had the opportunity to relive it on camera.

"She had a regal presence, she was very prestigious, although she protected herself in some way. She was very private, but very proud. I learned it by being around her," Hudson analyzed.

So jealous was Franklin (Tennessee, 1942) of her own that attempts to document her life were never easy. The artist tried to prevent the premiere of the film that in 1972 filmed the live recording of her great album, "Amazing Grace", and never authorized the final publication of her biography.

Even after he died in 2018, his family found multiple wills scattered in remote areas such as the sofa in his house.

For this reason, the "biopic" about Franklin, which now debuts in the United States and will arrive in other countries in September, is preceded by great expectations. It is the only narration approved by the queen of soul, unlike the series starring Cynthia Erivo, "Genius: Aretha", released this year and much criticized by her family.

Of all the movies about music stars that have been released these years - "Rocketman" (Elton John), "Bohemian Rhapsody" (Freddie Mercury), "Judy" (Judy Garland) - none embodies the mystery of the Franklin film. .

For Hudson, one of the conclusions of the film is that celebrities and legends of the entertainment world are "used" to having nothing denied them. "But seeing Aretha release eight albums before finding her way to her legacy, making a name for herself, and having her first hit ... is very inspiring," said Hudson.

"ARETHA HEARD MANY 'NO' DURING HER LIFE"

Liesl Tommy and Tracey Scott Wilson, director and screenwriter of "Respect", have decided to focus most of the film on Franklin's first steps, when she was a singer unknown to the masses who could not find the formula for success, despite her obvious talent.

The story starts from her childhood, played by the 9-year-old Skye Dakota Turner, and shows a girl who grew up singing at the altar of a Detroit Baptist church.

When he got older, Franklin moved to New York. There she published eight albums that went unnoticed, came to be discarded by her record company and left the Big Apple disappointed by the music industry.

Then, back home, he composed his first hymn, demanding "Respect."

"She took her will, her gift, and used it for herself," Hudson reviewed.

The fact that Metro Goldwyn Mayer chose two black women to write and direct the Franklin biography reinforces in the film the double discrimination that the singer had to face throughout her life: racial and sexist.

Forest Whitaker plays an overly controlling father, CL Franklin, who would not let his daughter go free, raised in an environment that normalized sexual abuse, teenage pregnancies, and abusive relationships.

It didn't matter how successful, how money, or how famous Franklin was. There was always a man behind him saying what to do.

"I would joke with my colleagues to say that if I wasn't making them feel a little uncomfortable around me, then I wasn't doing my job," Hudson said.

"THE MOST IMPORTANT THING WAS HIS FAITH"

But the actress recalls that Franklin found sustenance in faith and activism, inspired by her close dealings with Martin Luther King Jr. and Angela Davis.

"I held on to what I felt was most important, which is his faith, I wanted to make sure he was there for the entire movie," he said.

Between Detroit and Alabama, concerts in Madison Square in New York or appearances on television shows, Franklin always returned to church where he began to sing. The same temple where he recorded his great work, "Amazing Grace".

Again, it was a personal bet for which he had to hear many "no". The men at the record company said gospel was not performing commercially. But it became the best seller of his career.