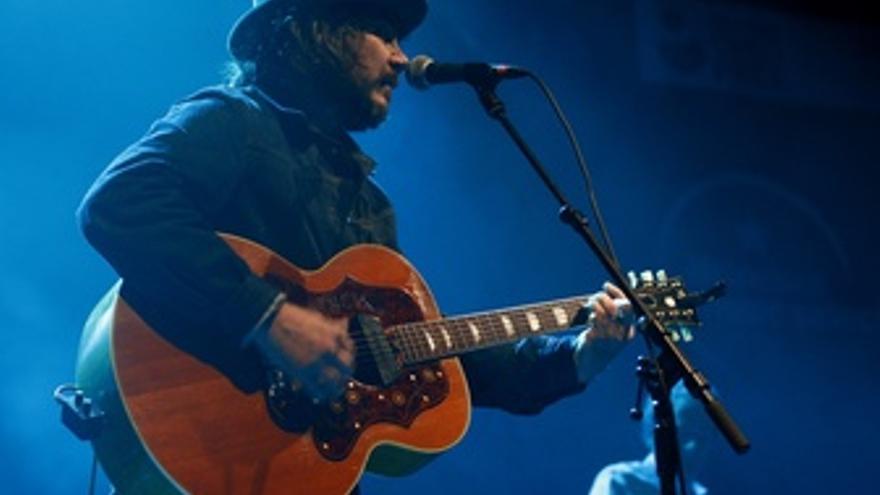 "I want to be someone who encourages other people to have intimate moments of creativity," writes Jeff Tweedy as a summary of why he wrote the book. How to compose a song (Contra, 2021) on how he does it. "I think there is nothing more cool in this world than when someone leaves what is called their condition to allow themselves a moment of personal fulfillment of 'art for art's sake," he continues on that same page. Tweedy, the singer-songwriter for the alternative rock group Wilco, active since 1994, has written a book in that vein: a thread of conversational sincerity - and one that sounds terribly affected by both translation and style - with little literary ambition. , closer to what would be a monologue lasting several hours in a bar where the musician tells everything that comes to mind in relation to the creative act.

How a song is created is a mystery. The book addresses it in such a simple and direct way that it ends up making it affordable. In the month of December and at the last minute Jeff Tweedy suspended the interviews he had sponsored with the media on the occasion of the publication in Spanish of his book, so the monologue that ends on page 166 cannot continue any further in format conversation. However, everything you have to say about it may already be written.

Tweedy equates the creative act to a "let off steam", and affirms that it is "the purest" to which someone can aspire. He brings creation down to earth, takes away any hint of divinity and godliness and invites readers to do so, with an attitude of punk and popular roots. Tweedy, 54, is one of those who believe more in discipline than inspiration. As an example of this, he gives an anecdote that happened when he gave the record company Reprise (Warner) his 1999 album Summerteeth. The executives told him what the musician considers "the biggest cliché anyone can imagine": "A single is missing." Instead of getting angry, since he considered that all the songs were good, he replied that he did indeed have "the perfect song" but had left it off the record. It was a lie. He had nothing in the chamber. He asked the label to send him back to Los Angeles to record it: "I thought it would be interesting to pretend what a chart-topping pop song sounded like." On the same plane he composed Can't Stand It, the resultona song that opens the album. "Inspiration is overrated," he says.

Tweedy defends the figure of the musician as the artisan of the song, with a work schedule and a methodology. Songwriting as a habit. One of the first pieces of advice he gives in this kind of self-help book for newcomer songwriters is to confront "the doubts and insecurities that are going to bombard you mercilessly on a daily basis. Like, 'Who do you think you are?' or 'Are you kidding me with this shit?' It is about knowing how to answer yourself adequately in your inner dialogue.

Faced with "I don't have time", you have to evaluate how much one spends playing Candy Crush or watching "videos of marble races on YouTube." Even if it's five minutes, you have to test what comes out of "free writing" or picking up a guitar "and screaming like a fucking madman." Faced with "I'm not capable," Tweedy, with a career spanning a dozen albums and 25 years behind him, admits that this thought has never completely left him. The musician advises that things must be done, even if they are bad, without always keeping in mind the judgment that what is "good". You have to try. "Failure can be that kind of pain that you shouldn't miss, at least as long as you're in the right place mentally." Here the frontman of Wilco brings up the reaction of the executives of the record company Warner, who detested all the songs on the album Yankee Hotel Foxtrot (2002). The result? They fired them, but another label from the same group bought the album. "It was liberating to realize that I was able to survive the worst case scenario that an artist can face: being told directly and openly that you are shit!" He writes.

And if composing a song is an act of craftsmanship, how is it done? Jeff Tweedy teaches a simple three-step method. First you have to collect words, through free writing or the writing of poems. Then music is gathered: recording loose bits that come to mind, learning to play other people's songs. And finally, it is about matching words and music, finding the correspondences between the stored material.

In the second part of the book, Tweedy creates a veritable manual of composition from the non-professional point of view and in a way that any non-musician can undertake. Dissect each of the three steps. Regarding the first, he uses the metaphor of "making a bridge to language", as the cables are pulled from stolen cars to start the engine. "Another analogy would be to think that we are bypassing your language habits," he adds. It's about extracting the layers that lie underneath the obvious, giving intentionality to the words, that they "burst into the room, claim your attention, and remind you how exciting things can be." But with simple language, which is reached by making "stairs" of words, stealing, cutting, adjectives, extracting from conversations or rhyming.

The dissected musical creation arrives in the third part, starting with guitar riffs, chunks of vocal melodies, chord progressions or sounds. Wilco's composer does not hesitate to remind himself over and over again that music is not an isolated creation, that one has to listen to others and even "steal". "I don't think you should be afraid to use the direct influence of someone else's work, even though we have been taught that it is wrong to appropriate something without permission," he writes. And he adds: "Everyone you could rob at this point in human evolution is a thief."

And the last step of the composition appears in the fourth part of the book, "when things border on the mystical". Perhaps the most difficult part to explain, the union of a letter and a music. Here Tweedy also has his very concrete advice and even how to overcome writer's block. The final moment of the narration of this kind of long and useful TEDTalk comes with the question of what to do with a composed song. Burn it? The recommendation is: "Play your song at least once for someone other than yourself" to feel the "intimacy and vulnerability" of singing your own composition out loud.