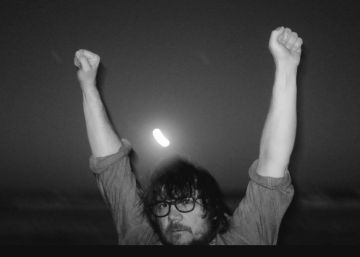 Jeff Tweedy tells in his memoirs, translated into Spanish by Sixth Floor, that his father liked to say “let’s go to be able to return.” However, the Wilco leader never returned. In fact, he didn’t even leave. Since he was a kid and for a good part of his life he became an expert of “let’s not go”. Sometimes, it happens, it even happens much more than what is said in the bars of the bars and in the bedrooms: there are people with fear of life. Not only to this great mystery through which we travel without reaching out with its enormous or insignificant sense, but to something more worrying: to the small things that form it.

It is incredible to know that Tweedy, one of the most lucid creators of American music of the last quarter of a century, has been a paralyzed man for so long. Their story is not new, because they had already transcended their vital problems in past interviews and in a great documentary (I Am Trying to Break Your Heart: A Film About Wilco), but in his book he shows with more intimacy how even someone very talented and recognized by everyone can feel like a worn out sole. How someone who helps others with their songs may not help you what you do.

Sometimes happens. It happens that we are our worst enemy. Like that broken mirror that spits our distorted image every morning. Freud said that “threats to our self-esteem or the idea we make of ourselves often cause much more anxiety than threats to our physical integrity.” Tweedy knows it well.

When Wilco published in 2004 A Ghost Is Born they became the great group of their generation after having taken off two years before Yankee Hotel Foxtrot, another masterpiece that combined, as if by magic, in the same universe to the worlds of american and the indie From beginning to end, in both albums he plans the sensation of threat, like a storm on the horizon that announces the end of the world.

“I was pretty sure I was going to die,” says Tweedy in his autobiography when referring to the sessions of A Ghost Is Born. “I say this totally seriously. I thought I was going to die. Every song we recorded seemed to be the last. Each note seemed the final … I think the menacing sense of impending disappearance permeated the songs. The lyrical elements of A Ghost Is Born they were conceived as a kind of analogy of Noah’s Ark. That’s why I had so many animal songs: Muzzle of Bees, Spiders, Hummingbird, the fly in Company in My Back, Panthers (which never appeared on the album). I had the vague idea that the album was based on something, all the songs were animals that represented the different aspects of my personality that were worth saving. ”

For years, Tweedy suffered migraines and panic attacks that led him to end up hooked on opioids to the point of stealing morphine from his mother-in-law, already dying in the hospital. He says that during the recording he was as he went on many occasions. There was rarely more than a two-hour period on any day when he could guarantee to others that he would be present and would be able to make music in a way that made him feel good. When he did not play, he spent the day trying to calculate the intake time of the next tablet. And he took naps in the bathtub waiting for drugs to disappear, but then his migraines reappeared and another panic attack came along. Another attack, and another, and so on until it seemed that everything was going well.

“Let’s go so we can go back.” It is the phrase with which he titled his book. The phrase that sums up the only story that Tweedy, who says that “the difficult thing was to remain functional as a human being” during that time, “knew with total certainty” that he wanted to tell. The story of someone who did not get anywhere in his daily life because he was locked in his own cage. From the beginning it is a sad story. This broken world is full of sad stories. Even more so when many, like Tweedy, have only been able to imagine what it would be like to go back inside a song, out of reality.