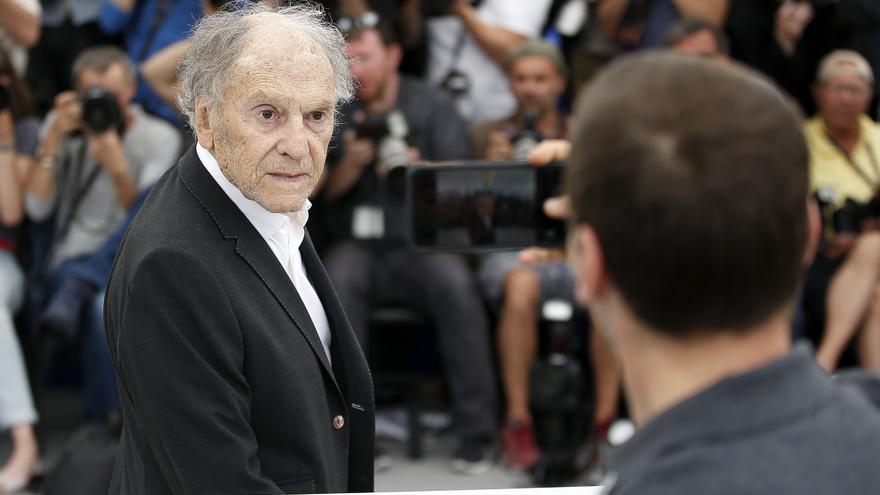 Paris, Dec 10 (EFE) .- Retired since 2018 and suffering from cancer, the great man of French cinema, Jean-Louis Trintignant, turns 90 this Friday away from the spotlight on his estate in the south of France.

Although in 2018 he declared in an interview that cinema was over for him, that same year he accepted the challenge of shooting "The most beautiful years of a life", a last film that premiered in 2019 in Spain and that exploits the nostalgia for lovers of French cinema.

In 1966, director Claude Lelouch shot "A man and a woman", the romantic drama starring the actor and actress Anouk Aimée, with which the filmmaker won the Palme d'Or at Cannes and the Oscars for best screenplay and best foreign film. . And 53 years later, Lelouche proposed to reunite the two actors to remember the years in which they loved each other.

In possibly the last time we will see him on screen, Trintignant appears in this film as an Alzheimer's patient, decrepit and locked up in a nursing home from which he dreams of escaping with Anouk Aimée, who visits him from time to time to remember his years as a "sex symbol", as a lover of women and risk.

An image of discouragement and defeat that he had already projected a year earlier, during the presentation of what had to be his last film, "Happy End", by Michael Haneke, the same filmmaker with whom he worked on the award-winning "Amor" (2012 ), with which he won the César for best actor in 2013.

Trintignant then told the media that he had just rejected a proposal from French director Bruno Dumont. "I was afraid of not measuring up physically. I can no longer move myself," confessed the veteran actor, awarded in 1969 at Cannes for his role in "Z", Costa Gavras, and in Berlin in 1968 for his performance in "El man who lies ", by Alain Robbe-Grillet.

STRONGLY MARKED BY THE DEATH OF HIS DAUGHTER

The artist also confessed that he had stopped fighting a cancer in Marseille. "I let myself go. I am not going to do chemotherapy, even if I am physically ready," said the interpreter, who acknowledged that the death of his daughter robbed him of the will to live.

"I have been dead for 15 years," said the actor, alluding to the death of Marie, who died in 2003 of cerebral edema after a beating from her sentimental partner, the musician Bertrand Cantat, who was sentenced to eight years of prison for voluntary manslaughter.

With more than 120 titles behind his back, the veteran actor's career dates back to the early 50s, where he stood out with the film "And God Created Woman" (1956), by Roger Vadim, where he played the role of shy husband of a Brigitte Bardot who rose to world stardom with that tape.

After spending three years doing his military service in Algeria, he fully immersed himself in the "Nouvelle Vague" of French cinema and worked under directors such as Éric Rohmer, René Clement, Claude Chabrol and Philippe Condroyer.

But they would be the delicate "A man and a woman" (1966), by Claude Lelouch, along with Anouk Aimée; "The conformist" (1970), by Bernardo Bertolucci, and "La escapada" (1974) by Michel Soutter, which placed him as one of the main European actors.

He married the actress Stéphane Audran and a second time with the director Nadine Marquand, from whom he also separated and with whom he had three children, Vincent, Pauline, who died before reaching a year, and Marie.

In 2018, on the occasion of the premiere of a play in Paris in which he was the protagonist, he gave an interview to the newspaper "Le Monde", where he considered that his life was not at all brilliant although the world sees it as such. "I have the feeling of being a failure," he admitted.

Faced with his success, Trintignant has always ensured that he continues to feel surprised: "I'm very shy. Fame never interested me too much. The first time, it's funny. But then not anymore."