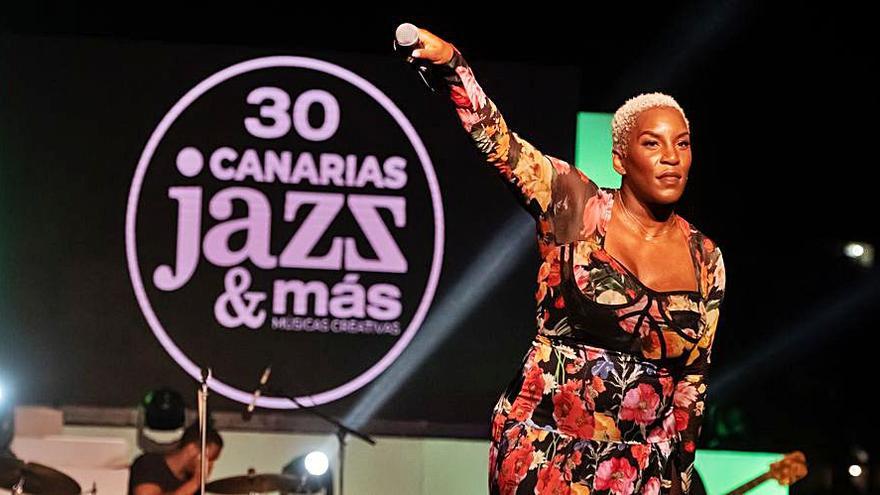 However, Ramírez assures “that all the battles and tensions that we have had to endure dissipated in each concert with the meeting between the musicians and the audience. The expressions of affection and the general gratitude that we have received each day recharged us with energy to carry on with determination ». This has been an edition “with a very high level, which we will try to maintain and improve. A challenge that we have overcome thanks to the love and passion we feel for music ».

A year in which artists such as Wynton Marsalis met in the islands conducting the Jazz at Lincoln Center Orchestra; Snarky Puppy in their only three concerts in Europe; Avishai Cohen premiering his album Two Roses with the Tenerife Symphony Orchestra; Benavent, Di Giraldo, Pardo with his Flamenco Leaks; Julian Lage presenting his new album, Squint; in which we meet again with Cyrille Aimée, José James, Fred Hersch, Maria Joao or Patax; in which we discover new talents such as Ozma, Cimafunk, Jean-Paul Estiévenart, Liv Warfield, Chico Pinheiro, Óscar Peñas, The Black Barbies or The Buttshakers; and in which we once again enjoyed local talent with 14 Canarian proposals. “A high-level program.”

This 30th anniversary has been “a challenge for the organization because of the Covid, we have been able to save the festival, we celebrate all the scheduled concerts despite the changes in the protocols that occurred almost every week.” Despite the fact that the forecasts a month after its celebration “invited us to think that we were approaching normality, the truth is that we have experienced the changes of alert in almost all the islands with great tension.” In this section, Miguel Ramírez wanted to thank “the predisposition of all the scenic spaces so that no concert was canceled”, as well as the efforts of those responsible for the town halls affected by these changes, “their commitment to culture and culture has been fundamental. the festival, because in these cases the easiest thing would have been to suspend the concerts, but they have decided to go ahead and look for alternatives ».

In the positive balance, in addition to the programming and the public response, “which filled the capacity by more than 90%”, we must highlight the incorporation of new spaces, such as “the esplanade of the Maspalomas Lighthouse or the ExpoMeloneras Auditorium Returning to the municipality of San Bartolomé de Tirajana is very important for us and having done it in these two spaces has been fulfilling an old dream ». He also highly values ​​the holding of concerts in museums such as the Elder and the José Antonio Ramos Auditorium, in Doramas Park “spaces that have come to stay.”