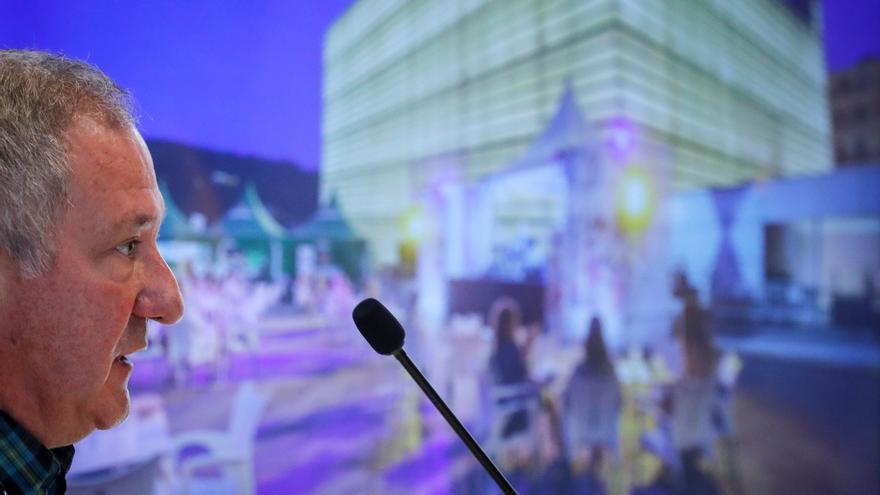 San Sebastián, Mar 29 (EFE) .- An illustration starring two women in front of an overhead view of the Kursaal area, created by the animation filmmaker Isabel Herguera, constitutes the poster of the 56 San Sebastián Jazz Festival, whose programming is totally “in the air”.

The Donostiarra Councilor for Culture, Jon Insausti, and the director of Jazzaldia, Miguel Martín, presented this Monday, together with the author, the poster that will announce the 2021 edition, which will be held from July 21 to 25.

Martín has indicated that the participation of the Basque groups is practically closed and will be presented in about fifteen days but, until within “a month or a month and a half”, it will not even be possible to “advance” the list of international musicians who will be in the San Sebastian contest, given that the covid pandemic maintains an international music scene “convulsed and quite complex.”

From the relationship announced at the end of last July, when the 55th edition concluded, the pianist Herbie Hancock and the French multi-instrumentalist Yann Tiersen have already “fallen,” who have expressly announced that they will not be in San Sebastián, but “will fall more”. has augured.

The “plan A” that those responsible for the festival considered when the previous edition ended, included names such as Brad Mehldau, Gregory Porter, Mulatu Astatke and Lakecia Benjamin, as well as musicians who were going to perform in 2020 but finally could not travel to the capital of Gipuzkoa. for the health crisis, such as Cecile McLorin-Salvant, Kurt Elling, Charlie Hunter, Hiromi, León Benavente and Vintage Trouble.

However, at the moment “it is impossible to know which artists may be there,” acknowledged Martín, who has assured that the promotion of concerts internationally is going through “a very tough situation.”

Both Martín and the municipal responsible for Culture have indicated that the San Sebastian Jazzaldia will be held with the capacity that has been established at the time and “complying with all the limitations, measures and protocols” in force next July, for which his team works on ” three proposals “or different scenarios.

But “the hope of being able to say goodbye” soon to this global health crisis and enjoy as before the festival, is a feeling that he wants to call his poster, as its author has said, who has titled it “Bye Bye Blues”, a Jazz “standard” from 1925 that has been performed by countless artists.

Herguera has taken as reference for his illustration two versions, the one by Julie London, from 1957, and the instrumental by Cab Calloway, from 1940.

“It is a farewell to the strange and painful year that we are going through”, although above all “to all the women who have formed and are part of the history of jazz,” said the creator, who explained that the two women who star in the image and they go towards the festival “it could be two artists or two women anyone”.

The filmmaker Isabel Herguera (San Sebastián, 1961), who has taught courses in institutes and schools in the United States, Cuba, Beijing or India, is the author of recognized and award-winning films such as “La Gallina Ciega”, which was nominated for a Goya award. Best Animated Short Film in 2006; “Under the Pillow”, Unicef ​​award in Zinebi 2012; and “Amore d’inverno”, winner of the Basque Cinema Grand Prize in 2015.

Currently, he combines his teaching activity at a German film school in Cologne and the production of his first feature film, “The Sultana’s Dream”.