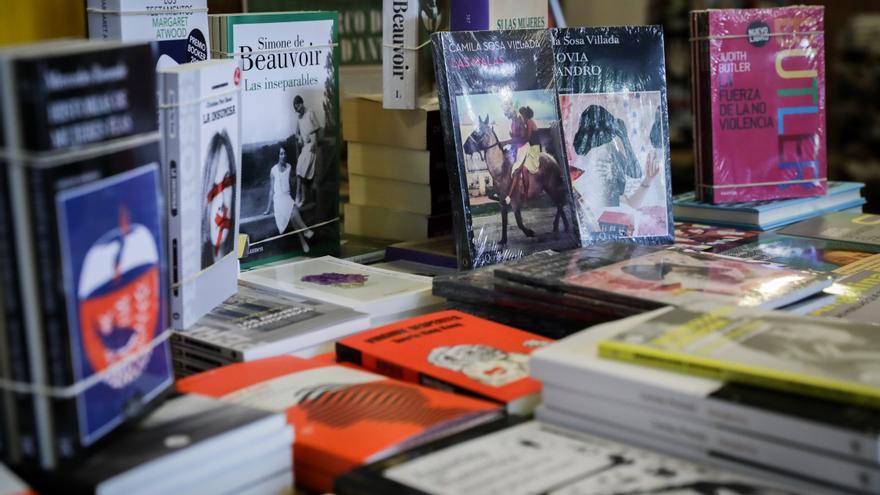 Mexico City, Apr 25 (EFE) .- The writers Jazmina Barrera (Mexico) and Florencia del Campo (Argentina-Spain) built bridges between Hispanic American literature in the framework of Book Day, betting on a path of union that they considered ” urgent and fundamental “in an interview with Efe.

“Proposals like this seem urgent and fundamental to me because at times I am absolutely pessimistic about the weak bridges that stretch between Spain and Latin America,” explained del Campo, an author who has lived in Madrid since 2013.

As part of the project “10 de 30”, of the Spanish Agency for International Development Cooperation (AECID), which tries to promote Spanish literature abroad by authors aged between 20 and 40, both writers discussed last Friday at the Book Festival organized by the Cultural Center of Spain in Mexico (CCEMX).

For them, who each read one of the other’s novels before the talk, the event represents a great opportunity to fill a gap to which multinationals do not show enough attention and “play an insufficient role,” Del Campo said. that independent publishers have financial limitations although their work is “very important.”

Both, editors by profession, agreed that the benefit of betting on the interaction of the literatures from both sides of the Atlantic Ocean could be to enrich readers, authors and this discipline in general.

“I am also an editor, in a publishing house called Ediciones Antílope, a small independent publishing house and, of course, with enormous economic deficiencies, but we have tried hard to build those bridges with co-editions, publishing authors from Latin America and Spain”, considered Barrera.

For this reason, they valued the project “10 of 30” and the opportunity that was for both of them to be able to read each other.

Del Campo read “Línea Nigra” and Barrera “Madre mía”, texts in which they found many points in common.

“I found in his book ‘Madre mía’ many meeting points with which I wrote (‘Línea Nigra’), which talks about motherhood, children, the relationship with the mother,” said Barrera.

“Many points they have in common. Also the processes of the body, something that interested me a lot in my book and that I also see reflected in his book. He has a great sense of humor (…) and builds bridges between Argentina and Spain while playing with language. I think it is a very enjoyable book, very powerful, “he said.

Likewise, they saw a success in the age cutoff of the project, since being young authors they are “people who are taking their first or second steps” in writing and need “more promotion” than established authors, Del Campo said.

For her part, the Mexican writer recalled that many young writers in Spanish are drawing a full stop in literature in this language.

“It turns out that in that generation below 40 there are very new proposals in literature and great writers who are changing the way we do and think about literature. It seems fabulous to me that they are passed on the microphone,” he said.

THE END OF THE PANDEMIC

Finally, the authors were eager for the end of the coronavirus pandemic and to be able to resume personal encounters, but recognized that virtuality has brought them more work and the possibility of closing distances.

“I have been participating in many more events and talks with people from different parts of the world, something that surely would not have been possible otherwise, or yes, but to a much lesser extent. (…) I don’t know if it is necessarily a good one. news or not, “said the Argentine writer.

His partner confessed that it even makes him laugh to think that he can “be” in several corners of the world in a single day at a time when explaining that, in the case of Mexico, the movement towards the internet is helping to “decentralize culture a bit. , which is very closed in Mexico City. ”