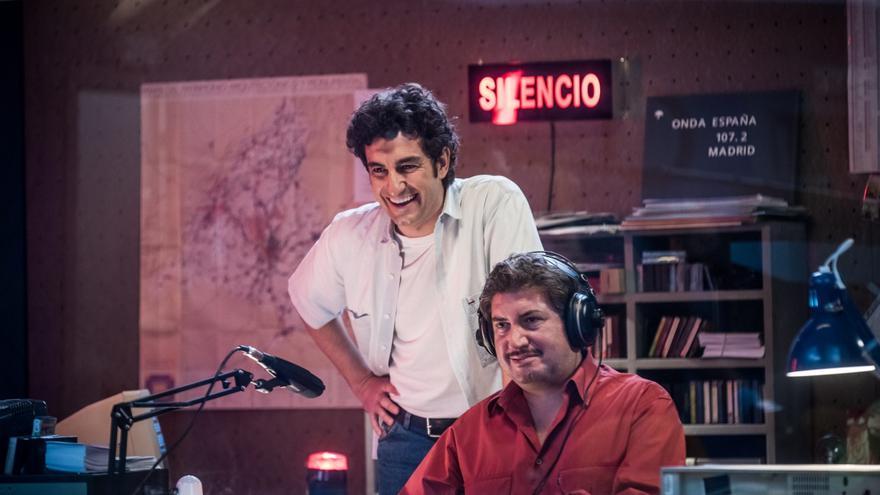 Madrid, Mar 18 (EFE) .- The actors Javier Gutiérrez and Miki Esparbé will be transported to the golden age of Spanish sports radio (80-90) to become the “Kings of the night”, the new Movistar + series that will see the light in May.

The series is inspired by the radio battles of sports journalism in the 90s, “a time when things began to change,” the platform reported this Thursday in a statement.

“Reyes de la noche” is not a series about football, “although mythical lineups sound like it”, but rather talks about “the fight of egos, power, ambition and above all … the radio,” he adds.

The six 30-minute episodes “place us in the late 80s and early 90s, a time when radio journalism was done in a very different way from today. In a comedy tone, and through the rivalry of these two characters, the series takes place at a time of inflection in our country, which was finally entering modernity ”, added the note.

Gutiérrez (“The minimal island”, “Champions”) and Esparbé (“Losing the North”, “It’s for your good”), put themselves in the shoes of Paco “El Cóndor”, the most respected journalist on the airwaves , and “Jota” Montes, his right hand.

The actress Itsaso Arana (“Seventeen”, “The Virgin of August”) completes the main cast in the role of Marga Laforet, the intelligent journalist who sees how her radio program is shifted at dawn to give priority to that of Jota and her team.

This new series is produced by Movistar + in collaboration with Zeta Studios and has been created by Cristóbal Garrido (“Fariña”, “Elite Body”) and Adolfo Valor (“I leave it whenever I want”, “Phantom Promotion”). As directors it has the winner of a Goya Carlos Thero´n (“I’ll leave it whenever I want”, “Look what you’ve done”) and for Valor itself.